Josef is a philosopher and author.

Josef was born on April 20, 1972 in Straelen, Nordrhein-Westfalen, Germany.

Josef Bordat began his academic career in Industrial Engineering and Philosophy. He has lectured in Berlin and in Arequipa, Peru. He is published in different areas of philosophical and sociological research. He lives in Berlin. 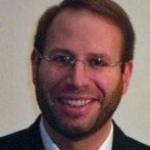