Use of Groups in Schools: A Practical Manual for Everyone Who Works in Schools 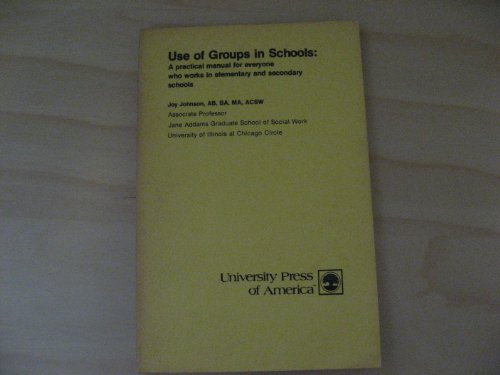