Toward a Descriptive Analysis of 'EINAI as a Linking Verb in New Testament Greek SBL Dissertation Series, No. 6 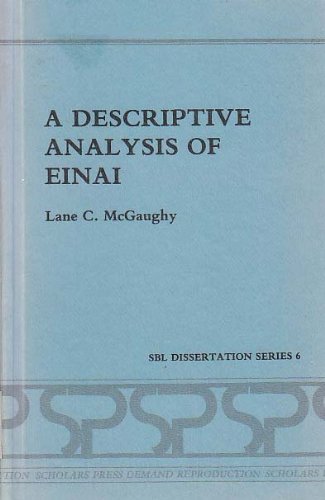