Other photo of Lester Bernard Korn

The Success Profile: A Leading Headhunter Tells You How to Get to the Top (A Fireside Book)

America's leading career advisor shares his secrets for finding the right job, selling yourself, knowing when to change jobs, learning your worth, etc. 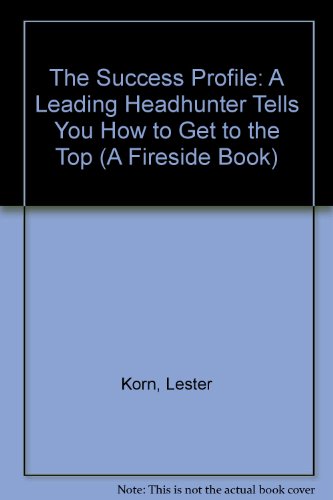