General Surgery residency programme in University of Istanbul. İnternational Research fellow at the University of British columbia, Canada,Vancouver BC

Other photo of levent caglar

Dr.Levent educated medicine and general surgery in Turkey, Istanbul University 1968-1981.Besides the medical training, he also studied classical Music , singing opera at the Istanbul conservatory and performed a Bas-baritone roles in the State opera of Istanbul for a short period of time, because of dominance of the medical task.He has been in Canada ,BC and made research at the UBC in 1981-1984.He is working as an Occupational Doctor since 3yrs 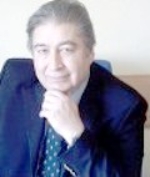 İnternational Research fellow at the University of British columbia, Canada,Vancouver BC