Man's judgment of death: an analysis of the operation and effect of capital punishment based on facts, not on sentiment.

The Making of the Modern Law: Legal Treatises, 1800-1926 includes over 20,000 analytical, theoretical and practical works on American and British Law. It includes the writings of major legal theorists, including Sir Edward Coke, Sir William Blackstone, James Fitzjames Stephen, Frederic William Maitland, John Marshall, Joseph Story, Oliver Wendell Holmes, Jr. and Roscoe Pound, among others. Legal Treatises includes casebooks, local practice manuals, form books, works for lay readers, pamphlets, letters, speeches and other works of the most influential writers of their time. It is of great value to researchers of domestic and international law, government and politics, legal history, business and economics, criminology and much more. ++++ The below data was compiled from various identification fields in the bibliographic record of this title. This data is provided as an additional tool in helping to insure edition identification: ++++ Yale Law School Library CTRG98-B3114 Second impression. New York : G.P. Putnam's Sons, c1924. vi, 146 p. : ill. ; 21 cm

Life and Death in Sing Sing

Lewis Edward Lawes was an American prison administrator. He became warden of the Sing Sing in 1920 and remained at his post for twenty-one years.

Lewis Edward Lawes was born in Elmira, New York, United States, the son of Harry Lewis Lawes, a native of England, and Sarah (Abbott) Lawes. He grew up within a mile of the Elmira State Reformatory, where his father was a guard.

During part of his schooling Lawes worked for the Elmira Telegram, an experience which may have contributed both to his later penchant for publicity and to his effectiveness at writing. In 1901 he began a three-year enlistment in the army, during which he saw duty in the Philippine Islands and gained the physical training and discipline which he was later to value in his correctional work.

He took a New York civil service examination for reformatory and prison guards prior to his army discharge, but it was not until he returned to Elmira and was working in the insurance business that he was offered a position in 1905 as a guard at Clinton Prison in the Adirondack village of Dannemora. Lawes stayed at Dannemora only one year, during which he began to formulate his lifelong conviction that a mixture of common sense and unsentimental humanitarianism was preferable to more traditional strong-arm tactics in dealing with convicts. Early in 1906 he accepted a post as guard at Auburn prison, but, six months later, dismayed by the spirit of negativism and repression that characterized New York's penitentiaries for adult offenders, he successfully sought an assignment among younger delinquents, at Elmira Reformatory.

Lawes found the liberal methods of Superintendent Joseph F. Scott to his liking and remained until 1915, rising through a variety of assignments to chief guard and head records clerk. He also used part of his spare time to study the works of Cesare Beccaria, John Howard, Cesare Lombroso, and other penal theorists. Through the influence of Miss Davis, Lawes was appointed in March 1915 as overseer of the New York City Reformatory for male delinquents on Hart's Island.

Taking over what had been a crowded, dissension-torn, and repressively run institution, Lawes established a firm but humane discipline and weeded out many old-line staff members, surviving a grand jury investigation which may have stemmed from their attempts to discredit his tactics. He also convinced municipal officials that sharing an island with a penitentiary for alcoholics, drug addicts, and vagrants on the one hand and a graveyard for paupers on the other was undesirable for his charges, and he gained consent to establish a new reformatory at New Hampton in Orange County.

After transporting more than five hundred boys and young men to the construction site by train, Lawes supervised them in helping erect the institution. As soon as it was completed he inaugurated an honor system, extending special privileges to those whose behavior qualified them for membership. In one particularly striking manifestation of his approach, he allowed the inmates to take part in the filming of the motion picture Brand of Cowardice, dressed as Mexican and American soldiers, brandishing rifles and revolvers with blank cartridges, and burning a simulated village. Not one piece of equipment was stolen, and no escapes were attempted. The institution, which was entirely without surrounding walls, also established a noteworthy foodstuff production record during World War I, and many of its "alumni" fought bravely in the armed forces. Lawes's record at New Hampton attracted widespread attention, and late in 1919 Gov. Alfred E. Smith offered him the wardenship of the state penitentiary, Sing Sing, at Ossining, New York, despite the fact that Lawes was a Republican. He accepted with some trepidation, for the prison was known as a "warden's graveyard" because of the short tenures of most of his predecessors.

Its recent history had been marked by the controversial administration of Thomas Mott Osborne, who had established a system of inmate self-government known as the Mutual Welfare League but whose efforts had been hamstrung by political interference. In addition, the prison building was so antiquated that a grand jury had not long before recommended its abandonment. Assured a free hand by Governor Smith, Lawes assumed control on New Year's Day of 1920. The extent of his achievement stood clearly revealed in 1929, when Sing Sing remained calm while both Auburn and Clinton prisons exploded in riots. Part of Lawes's program involved extensive physical modernization. The dank and primitive cellblock, dating from the 1820's, was replaced by new living quarters. A well-equipped hospital was erected, as well as a modern industrial plant. By 1932 the prison had a library of 15, 000 volumes and classrooms for more than 1, 100 men, who took courses in English, mathematics, business, mechanics, and other subjects. The yard was beautified with flower gardens and shrubbery under inmate direction, and an aviary was constructed. Hating capital punishment but unable to change the laws providing for it, Lawes managed at least to secure the erection of a new death house, where the condemned would be treated more humanely prior to execution.

The chief basis for Lawes's success, however, was his skillful administration of day-to-day life at Sing Sing, which he tried to make as similar to normal outside conditions as possible. Motion pictures became a standard form of entertainment, and radios with headsets were installed in the cells. A program of organized athletics was established, including football and baseball games with extramural opponents. There was a prison band, which played as the men marched from one assignment to another, and theatrical events in which inmate thespians performed. Visiting regulations were relaxed to permit limited physical contact between convicts and their families, and inmates were allowed to leave the penitentiary under guard to attend the funerals of close relatives or to be at their bedsides in cases of critical illness. Unlike Osborne, Lawes managed to pursue unconventional policies without arousing charges of "coddling criminals. "

His approach was aptly characterized by the New York Times as one of stretching humanitarianism as far as the law would allow but "with a stiff punch always in reserve. " Although he admired the idealism underlying the Mutual Welfare League that Osborne had established, he permitted it to continue only under modifications that left the warden firmly in charge of discipline. He came down swiftly and firmly upon convicts or guards who broke the rules. In short, he was a practical reformer with a keen sense of the limits of the possible.

Through his writings Lawes had a greater impact on the American public than any warden in previous history. Beginning with Man's Judgment of Death, a critique of capital punishment that appeared in 1924, he wrote numerous articles and eight books, of which the most famous was the partly autobiographical Twenty Thousand Years in Sing Sing (1932). Lawes trenchantly analyzed society's involvement in the responsibility for crime through its toleration of poverty, outmoded educational practices, formalistic religion, parental neglect, and unethical tactics which were condoned in business life but harshly punished in other contexts. He called for judicial reforms such as the indeterminate sentence, urged a thorough revamping of the criminal law, and criticized police conduct that was predicated upon inspiring fear rather than respect. Although he presided at a total of 302 executions, he denied that capital punishment had any demonstrable deterrent effect and strongly deprecated the sensationalism which inevitably surrounded its use. Harsh treatment of prisoners, he believed, would only result in further danger to society by stimulating a desire for revenge following release. Using a variety of techniques to drive home these views, Lawes conducted elaborate statistical explorations of penal records, wrote fictional stories about inmates and their problems, gave radio broadcasts, and even coauthored a prison melodrama, Chalked Out, which had a short run on Broadway in 1937.

He was president of the Wardens' Association of America (1922) and of the American Prison Association (1923). Following his retirement Lawes served as executive president of the Boy Rangers of America. He died of a cerebral hemorrhage at his home in Garrison, New York, at the age of sixty-three. A Roman Catholic, he was buried at Sleepy Hollow Cemetery, Tarrytown, New York. The New York Times provided a suitable epitaph in describing him as a man who "left a healing touch on one of the sorest spots of our society. " 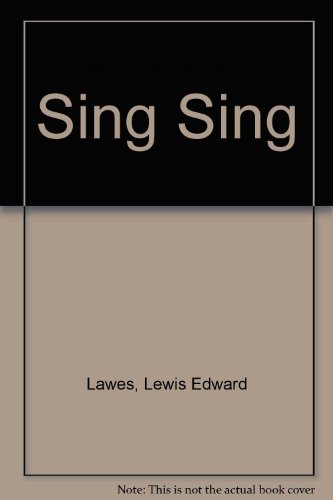 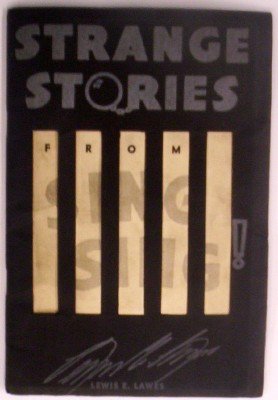 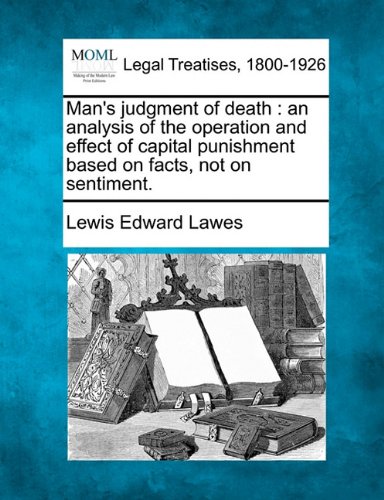 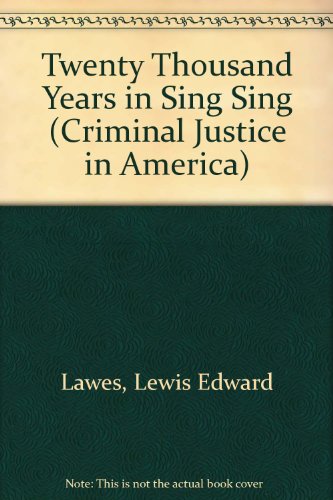 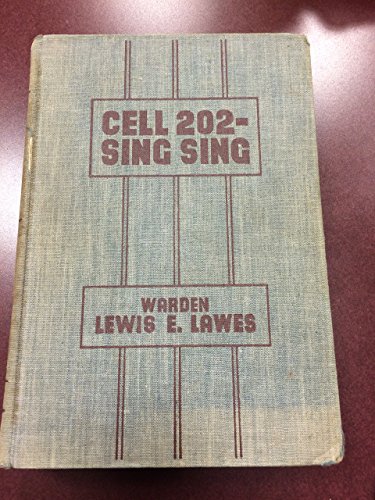 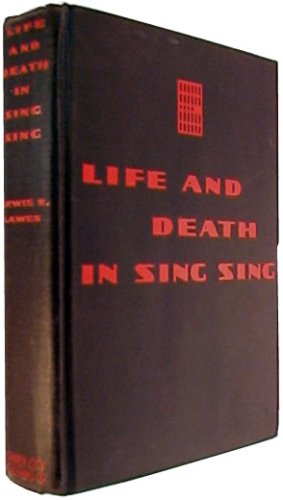 Tall and sturdy, with blue eyes and blond hair, Lawes looked (in the words of Henry F. Pringle) "a great deal like an able businessman, not a little like a priest, and something like a cop. .. . He can be as sympathetic as any cleric . .. or he can be extraordinarily hard-boiled".

Lawes married twice, on September 30, 1905, to Kathryn Irene Stanley of Elmira, and after her death in 1937 to Elise Chisholm of Jackson, Mississippi, on April 19, 1939. He had three children by his first wife: Kathleen, Crystal, and Joan Marie.