(From its humble roots as a frontier town along the Holsto...)

From its humble roots as a frontier town along the Holston River to its emergence as an industrial center in the early 20th century, Kingsport, for many, is an ideal community, a rare combination of Southern mountain beauty matched with urban conveniences typical of larger cities. Over the past 100 years, Kingsport has grown tremendously, becoming one of the pioneer cities in Tennessee in both the areas of commerce and education. In Kingsport you will see and experience the many changes of a growing Kingsport and meet the individuals who worked so hard to create a new and better city. This volume, with over 200 photographs, remembers some of the achievements of its many residents, such as city fathers J. Fred Johnson and John B. Dennis, and recalls the community's darker memories, such as the notorious crimes of Kinnie Wagner. Views in the book capturing the town's unpaved thoroughfares and sparse cityscapes give way to later scenes showing the annually increasing network of streets surrounded by larger and taller structures. Also highlighted in this book are images showing turn-of-the-century one-room schools, the early stages of Dobyns-Bennett High, town parades, social clubs, churches, and theaters, which share a more personal story of Kingsport. Authors Martha Avaleen Egan and Nellie McNeil, in conjunction 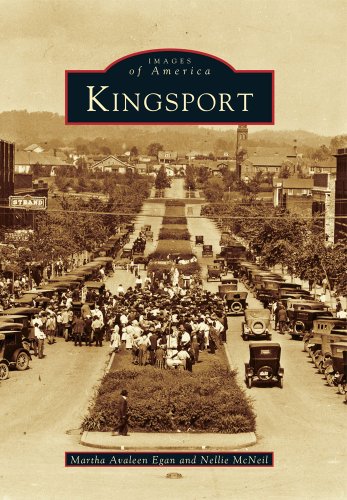