Other photo of Mary Hesse

The Structure of Scientific Inference

Models and Analogies in Science

Mary B. Hesse was a British philosopher who specialized in the philosophical interpretation of the logic, methods, and foundational assumptions of natural and social science.

Mary Hesse was born on October 15, 1924, in Reigate, England. Her father was Ethelbert Hesse and her mother was Brenda (Pelling) Hesse.

She was educated at the Imperial College of Science and Technology, London, and received her Ph. D. from this institution in 1948. She also earned a M. SC. from University College, London, in 1949.

Her university career began when she accepted a position as lecturer in mathematics in 1951 at the University of Leeds in England.

From 1955 until 1959 she taught at the University of London as a lecturer in the history and philosophy of science.

She was the Stanton lecturer at Cambridge from 1977 through 1980 and was the Gifford lecturer at the University of Edinburgh in 1983.

Her writings included numerous articles in professional journals on topics in philosophy of science. Her books included Science and the Human Imagination (1953), Forces and Fields (1961), Models and Analogies in Science (1963), The Structure of Scientific Inference (1974), Applications of Inductive Logic (editor; 1979), Revolutions and Reconstructions in the Philosophy of Science (1980), and The Construction of Reality, with Michael Arbib (1987). 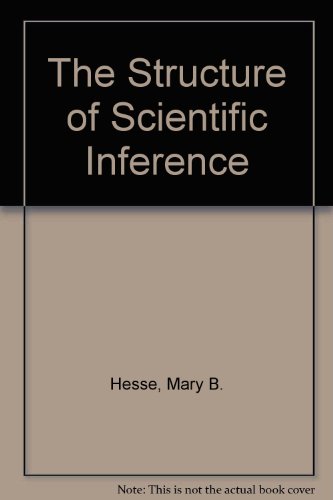 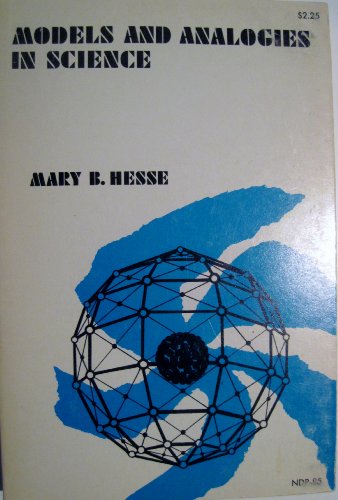 As a philosopher of science, Hesse was concerned with the nature, methods, foundations, and human implications of natural and social sciences. Furthermore, if philosophy of science could be somewhat artificially divided into its "critical" and "speculative" aspects, then a good portion of Hesse's critical philosophy of science could be defined in terms of her famous attack on the hypothetical deductive theory of scientific justification. (Henceforth we will refer to this as the H-D theory. )

H-D theorists such as Karl Popper argued that deductive logic alone was sufficient for the purposes of scientific inference. According to the H-D model, scientific research began with hypotheses and then one used deductive logic to derive observable implications from the hypotheses. But when should we consider the hypotheses justified? According to H-D theorists, one ought to accept a scientific hypothesis only after rigorous attempts at "falsifying" the hypothesis have failed. One accomplishes this goal by first deductively deriving "empirical result" statements from the hypothesis under consideration and then returning to the laboratory to determine whether these empirical result statements were experimentally true or false. If the expected results obtain, then the failure to falsify has been accomplished and confirmation has been accomplished. However, if the expected results do not obtain, then the hypothesis has been falsified. H-D theorists held that if the expected results obtained, one was not thereby justified in holding the hypothesis as true or even probably true. Such a strategy could establish the truth or probable truth of the hypothesis only by committing the logical fallacy of affirming the consequent. For example, merely because the theory that the earth was at the center of the universe implied that we would observe the sun rising over the horizon in the morning did not imply that the geocentric theory was true. Other theories might explain this observable fact. However, data which were inconsistent with the theory could falsify the hypothesis, and thus H-D theorists held that falsification was the only legitimate goal of the scientist.

Hesse consistently argued that while this H-D picture of science had the virtue of being easy to understand, it did not correspond with how actual scientists justified their hypotheses. For one thing, it asserted that evidence in favor of a hypothesis was always irrelevant to the justification of the hypothesis since only failure to falsify hypotheses counted within confirmation. This did not square well with how actual scientists operated. It was, she argued, inaccurate with respect to both contemporary science and the history of science. Numerous case studies as well as logical shortcomings were presented throughout her work to demonstrate the inadequacy of this viewpoint.

Her speculative or creative philosophy of science focused on the development and articulation of the inductivist view of science, which had fallen out of favor with many scientists and philosophers of science during the middle part of the 20th century. The reason for this disfavor was that inductive inference rules were very complex and they frequently yielded paradoxes of absurdities if not carefully formulated. Scientists and logicians were thus suspicious of these inductive rules. Moreover, because deductive inference rules were less complex and not nearly as paradoxical as inductive rules, scientists were eager to support the deductivist picture of science. Inductive inferences were inferences whose conclusions follow with only a degree of probability. According to Hesse, these inferences were obviously more complex than deductive inferences. However, they were, she argued, essential for scientific argumentation.

Analogical arguments involve comparisons between individuals A and B with the aim of attributing a known property of A to B. Thus an object or set of objects A may be known to have a property of having a frequency, but B was not known to have this property. But in virtue of the other similarities between A and B, we attributed frequency to B. She claimed that the wave theory of sound developed in much this way. For Hesse, the history of scientific breakthroughs was full of such analogies, and failing to appreciate their significance would lead to a misunderstanding of the logic of science. Analogies were as necessary for science as hypotheses.

The second type of inference that concerned her were inferences involving models. Models were sets of theoretical or observable objects that are used as theoretical pictures of complex substances. For example, Newtonian laws of motion are true of Newtonian point masses. To use these point masses as a picture of what the makeup of a gas was involved using these point masses as a model of the gas. This was an example of a theoretical model, but models could also be observable physical objects that were used to partially represent objects that were difficult to see. For example, wind tunnels were frequently used as models of atmospheric conditions. Hesse argued that such models are essential within our justification of the gas laws as well as our hypotheses about the atmosphere. Once again, models were as necessary for science as hypotheses.

Finally there was the role of metaphor in science. Obvious metaphors such as "humans are computers" said something true of humans, but they also said something false. However, what they supplied for the scientist was a global perspective of "a point of view"; perhaps a very limited one from which to think about the objects under consideration. According to Hesse, metaphors with all their virtues and vices were present throughout contemporary and historical science, and failing to appreciate their role in scientific argument would prevent an accurate understanding of science. For example, the above metaphor played a crucial role in the development of contemporary cognitive science. Once again, metaphors are as necessary for science as hypotheses.

In the 1980s Hesse turned away from purely logical questions about science and focused on social analyses of science. Here she was concerned with the ways in which science is similar and dissimilar to political, philosophical, and religious systems of thought. Within this context she argued for the claim that science is not essentially distinct from these enterprises and that the virtues and vices that are to be found within these admittedly impure domains of human activity were also to be found in science. In effect, she argued for the view that there is no rigid criterion, like falsifiability, that distinguished science from other forms of human belief. Consequently, she was quite happy with the notion that science was best viewed as "one among many" forms of human knowledge. Hesse believed that science was as subject to the same biases as these other ideologies.

Quotations: "Science is in a literal sense constructive of new facts. It has no fixed body of facts passively awaiting explanation, for successful theories allow the construction of new instruments—electron microscopes and deep space probes—and the exploration of phenomena that were beyond description—the behavior of transistors, recombinant DNA, and elementary particles, for example. This is a key point in the progressive nature of science—not only are there more elegant or accurate analyses of phenomena already known, but there is also extension of the range of phenomena that exist to be described and explained. "

"Outside the practice of science itself, scientists have sometimes been the greatest offenders in adhering to dogmatic ideas against all the evidence. "