Alfred Stieglitz in 1902 by Gertrude Käsebier

Minor White: The Eye That Shapes

From The Temptation of St. Anthony Is Mirrors

Minor Martin White was an American photographer, theoretician, critic, and educator. He combined an intense interest in how people viewed and understood photographs with a personal vision that was guided by a variety of spiritual and intellectual philosophies.

Minor Martin White was born on July 9, 1908, in Minneapolis, Minnesota, United States. He was the only child of Charles Henry White, a bookkeeper, and Florence May White, a dressmaker. His first name came from his great, great grandfather from the White family side, and his middle name was his mother's maiden name.

During his early years, he spent much of his time with his grandparents. White's parents went through a series of separations starting in 1916, and during those periods Minor White lived with his mother and her parents. His parents reconciled for a while in 1922 and remained together until they divorced in 1929.

Minor White entered the University of Minnesota in 1927 and majored in botany. By the time he should have graduated in 1931 he had not met the requirements for a science degree, and he left the university for a while.

In 1932 he re-entered the university and studied both writing and botany. With his previous credits, he was able to graduate in 1934. The next year he took some graduate classes in botany, but after six months he decided that he lacked real interest in becoming a scientist. He spent the next two years doing odd jobs and exploring his writing skills. During this period he began creating a set of 100 sonnets on the theme of sexual love, his first attempt at grouping his creative output.

In late 1937 Minor White decided to move to Seattle. He purchased a 35mm Argus camera and took a bus trip across the country toward his destination. He stopped in Portland, Oregon, on his way and decided to stay there. For the next 2-1/2 years, he lived at the YMCA (the Young Men's Christian Association) in Portland while he explored photography in-depth for the first time. It was at the YMCA that he taught his first class in photography, to a small group of young adults. He also joined the Oregon Camera Club to learn about how photographers talk about their own images and what photography means to them.

Minor White was offered a job in 1938 as a photographer for the Oregon Art Project, which was funded by the Works Progress Administration. At this same time, he made publicity photos for the Portland Civic Theater, documenting their plays and taking portraits of the actors and actresses.

In 1940 Minor White was hired to teach photography at the La Grande Art Center in eastern Oregon. He resigned from the Art Center in late 1941 and returned to Portland where he intended to start a commercial photography business. The following year the Portland Art Museum gave White his first one-man show, exhibiting four series of photos he made while in eastern Oregon.

In April 1942 Minor White was drafted into the United States Army and hid his homosexuality from the recruiters. He spent the first two years of World War II in Hawaii and in Australia, and later he became Chief of the Divisional Intelligence Branch in the southern Philippines. After the war, he traveled to New York City and enrolled in Columbia University. While in New York Minor White met and became close friends with Beaumont and Nancy Newhall, who were working in the newly formed photography department at the Museum of Modern Art. Minor White was offered a job as a photographer for the museum and spent many hours talking with and learning from Nancy Newhall, who he said strongly influenced his thinking about and his direction in photography.

In February 1946 Minor White had the first of several meetings with photographer Alfred Stieglitz in New York. He knew of Stieglitz's deep understanding of photography from his various writings, and through their conversations, Minor White adopted much of Stieglitz's theory of equivalence, where the image stands for something other than the subject matter, and his use of sequencing pictorial imagery.

During this time, Minor White met and became friends with some of the major photographers of the time, including Berenice Abbott, Edward Steichen, Paul Strand, Edward Weston, and Harry Callahan. Steichen, who was director of the photography department at the Museum of Modern Art, offered Minor White a curatorial position at the museum, but instead White accepted an offer from Ansel Adams to assist him at the newly created photography department at the California School of Fine Arts (CSFA) in San Francisco. He moved to San Francisco in July and lived in the same house as Adams for several years. While there Adams taught White about his Zone System method of exposing and developing negatives, which White used extensively in his own work. He wrote extensively about it, published a book, and taught the exposure and development method as well as the practice of (pre)-visualization to his students.

By mid-1947 Minor White was the primary teacher at CSFA. Over the next six years, he brought in as teachers some of the best photographers of the time, including Imogen Cunningham, Lisette Model, and Dorothea Lange.

The next three years were some of White's most prolific in terms of creative output. In addition to taking dozens of land- and waterscapes, he made dozens of photographs that evolved into some of his most compelling sequences. In 1949 Minor White purchased a small Zeiss Ikonta camera and began a series of urban street photographs. Over the next four years, he took nearly 6,000 images, all inspired by his newfound interest in the poetry of Walt Whitman. The project, which he called the City of Surf, included photographs of San Francisco's Chinatown, the docks, people on the streets, and various parades and fairs around town.

The period of 1951-1952 is one of the formative times in White's career. He participated in a Conference on Photography at the Aspen Institute, where the idea of creating a new journal of photography was discussed by Ansel Adams, Dorothea Lange, Beaumont, and Nancy Newhall, Frederick Sommer, and others. Soon after Aperture magazine was founded by many of these same individuals. White volunteered for and was approved as an editor, and the first issue appeared in April 1952. He remained as editor until 1975.

Later that same year a reorganization at CSFS resulted in White's teaching role being cut back, and as a result, he began to think about a change in his employment. Concurrently, Newhall invited Minor White to work with him there as a curatorial assistant. He exhibited September 28 - November 3, 1954, at Limelight Gallery in New York and was included in that gallery's Great Photographs at the end of that year. In 1955 he joined the faculty at the Rochester Institute of Technology (RIT), where he taught one day a week.

By 1955 Minor White was fully engaged in teaching, having been appointed as an instructor at the new four-year photography program at RIT as well as conducting classes and workshops at Ohio University and Indiana University. Minor White continued to teach extensively both privately and at RIT for the next several years. During this time he traveled across the U.S. in the summers taking photographs along the way. In 1962 he met Michael Hoffman, who became a friend, colleague and, later, assumed the editorship of Aperture magazine. White later named Hoffman to be the executor of his will.

In 1965 Minor White was invited to help design a newly formed program in visual arts at the Massachusetts Institute of Technology (MIT) in Cambridge, Massachusetts, near Boston. During the next several years Minor White conceived of and directed four major themed photography exhibitions at MIT, starting with "Light7" in 1968 and followed by "Be-ing without Clothes" in 1970, "Octave of Prayer" in 1972, and "Celebrations" in 1974. Anyone could submit images for the shows, and he spent a great deal of time personally reviewing all of the submissions and selecting the final images.

Minor White continued to teach extensively and make his own photographs even though his health was declining. In 1975 he traveled to England to lecture at the Victoria and Albert Museum and to teach classes at various colleges. He continued on a hectic travel schedule for several weeks, then flew directly to the University of Arizona in Tucson to take part in a symposium there. When he returned to Boston after nearly six weeks of travel, he suffered a heart attack and was hospitalized for several weeks.

After this White's focus turned even more inward, and he photographed very little. Minor White spent much of his time with his student Abe Frajndlich, who made a series of situational portraits of White around his home and in his garden.

On June 24, 1976, Minor White died of a second heart attack while working at his home. He bequeathed all of his personal archives and papers, along with a large collection of his photographs, to Princeton University. He left his house to Aperture so they could continue the work he started there. 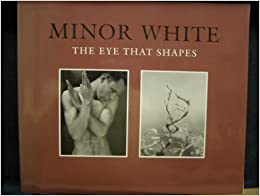 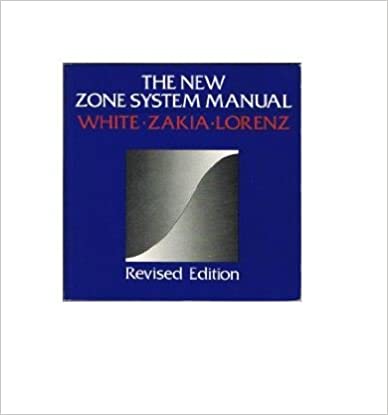 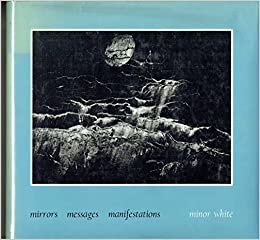 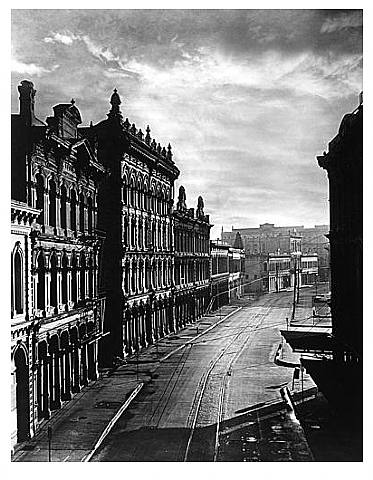 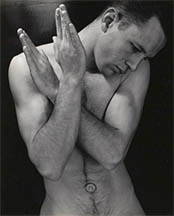 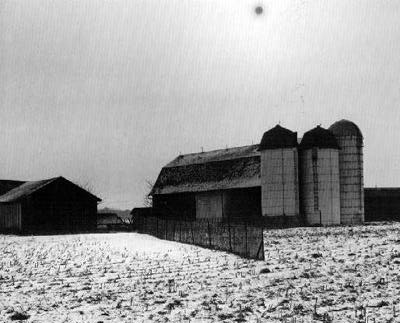 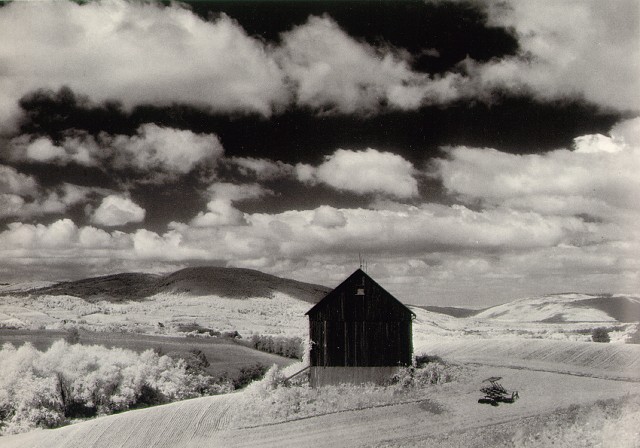 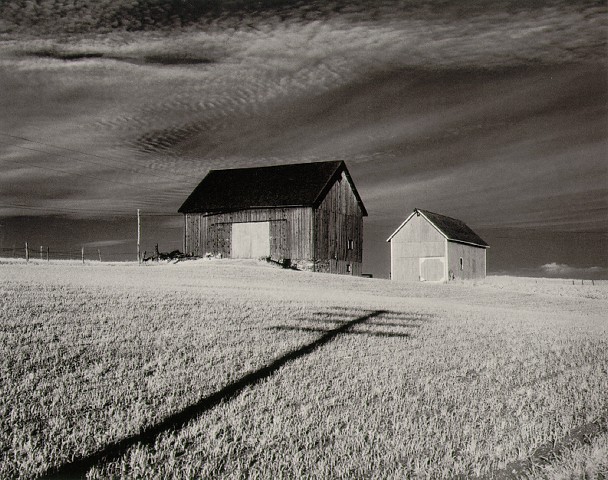 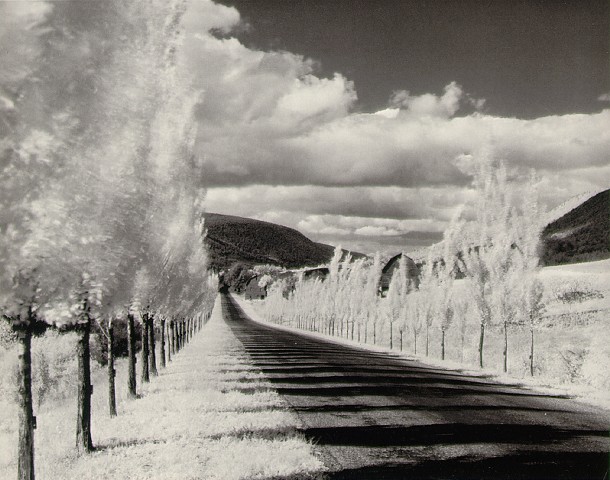 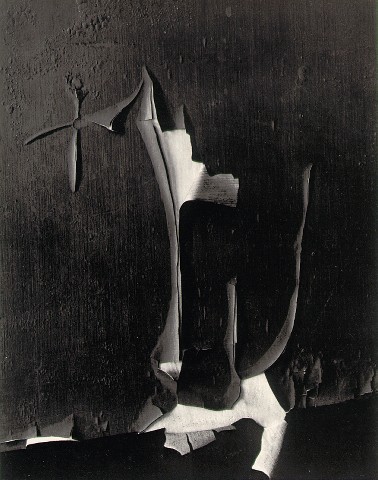 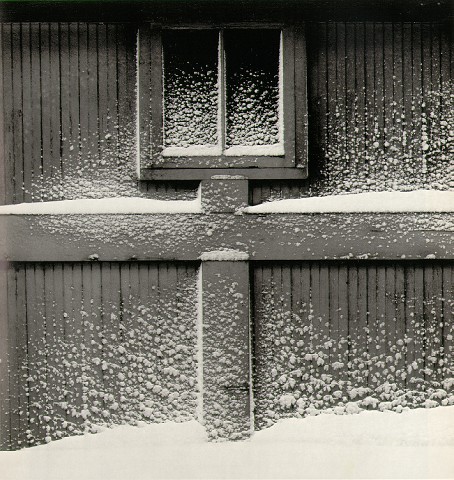 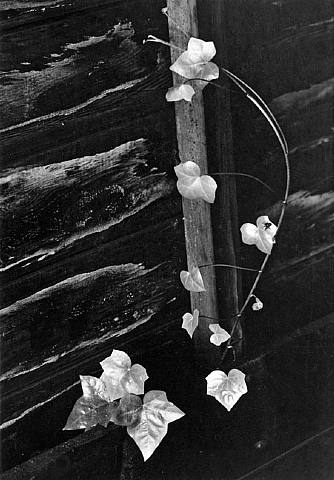 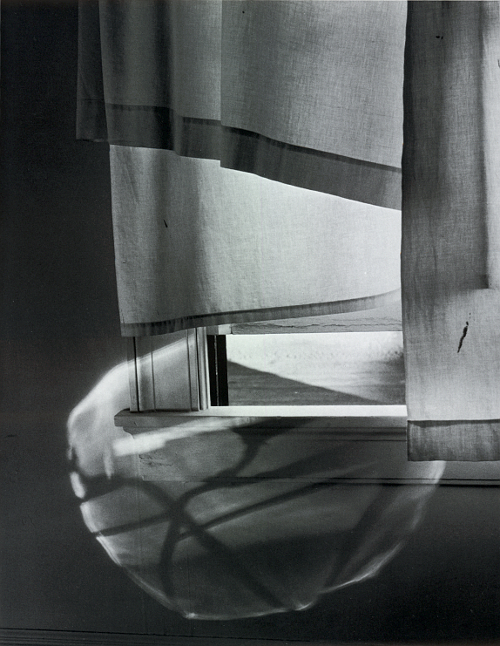 Near the end of 1952 White's father, from whom he had been estranged for many years, died in Long Beach, California. In 1953 Walter Chappell introduced Minor White to the I Ching, an ancient Chinese book of philosophy and divination, and Minor White continued to be influenced by and refer to this text throughout the rest of his life. He was especially intrigued by the concepts of yin and yang, in which apparently opposite or contrary forces may be conceived as complementary.

Walter Chappell moved to Rochester later in 1955 to work at the George Eastman House. Chappell engaged White in long discussions about various Eastern religions and philosophies. White began practicing Zen meditation and adopted a Japanese style of decoration in his house. Over the next two years, the discussions between White and Chappell metamorphosed into lengthy discourses about the writing and philosophy of George Gurdjieff. White gradually became an adherent of Gurdjieff's teachings and started to incorporate Gurdjieff's thinking into the design and implementation of his workshops. Gurdjieff's concepts, for White, were not just intellectual exercises but guides to experience, and they greatly influenced much of his approach to teaching and photography throughout the rest of his life.

Quotations: "At first glance, a photograph can inform us. At second glance it can reach us."

"Be still with yourself until the object of your attention affirms your presence."

"Camera and I have gotten into some eye pursuit of intensified consciousness."

"Equivalency functions on the assumption that the following equation is factual: Photograph + Person Looking Mental Image."

"In becoming a photographer I am only changing medium. The essential core of both verse and photography is poetry."

My own place in this thing called "photography"? Lately, it has come to my attention that perhaps I have a place in it, not entirely held by others.

"One should not only photograph things for what they are but for what else they are."

"Everything has been photographed. Accept this. Photograph things better."

Minor White was a founding member of SPE in 1962 and was made a fellow of MIT Council of the Arts in 1974.

When Minor White graduated from high school he was already aware of his latent homosexuality. In 1927 he wrote about his feelings for men in his diary, and to his dismay, his parents read his diary without his permission. After what he called a brief crisis period, during which he left home for the summer, he returned to live with his family while he started college. His parents never spoke of his homosexuality again.

Physical Characteristics: Minor White began to experience periodic discomfort in his chest in 1966, and his doctor diagnosed his ailment as angina. His symptoms continued throughout the rest of his life, leading him to intensify his study of spiritual matters and meditation.