(Too often we want to jump right into problem solving befo...)

Too often we want to jump right into problem solving before we have established the ground rules. Before we make any value judgments we ought to come to some conclusion regarding principles upon which these value judgments are made. This book is divided into two parts. The first deals with basic principles upon which a Bible believing Christian should make judgments regarding sin. The second deals with some pressing areas of morality like abortion, sex and marriage, esthetics, adiaphora.

Gjerness, Omar Norman was born on March 5, 1922 in Mandal, Norway. Came to the United States, 1922. Son of Ove Oleson and Amalie (Aaneson) Gjerness. 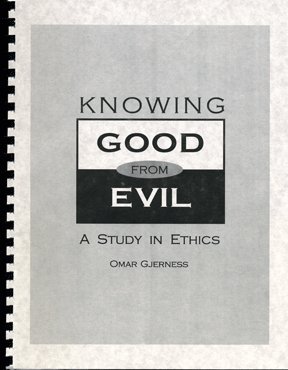