(Coughlin provides the most comprehensive and integrated a...)

Coughlin provides the most comprehensive and integrated analysis of probabilistic voting models available, also developing further his important contributions. Probabilistic voting theory is the mathematical theory of candidate behavior in or in anticipation of elections in which candidates are unsure what voters' preferences will be on all or most issues, which is true of most governmental elections. The theory asks first whether optimal candidate strategies can be determined, given uncertainty about voter preferences, and if so, what exactly those strategies are, given various circumstances. It allows the theorist to predict what public policies will be supported and what laws passed by elected officials when in office and what positions will be taken by them when running in elections. One of the leading contributors to this rapidly developing literature, which is at the leading edge of public choice theory, Coughlin both reviews the existing literature and presents new results that unify and extend developments in the theory that have been scattered in the literature. 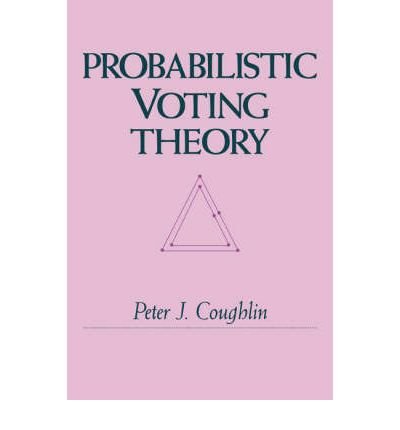 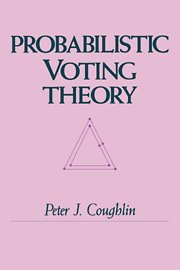