(Operations Management in the Supply Chain: Decisions and ...)

Operations Management in the Supply Chain: Decisions and Cases is an ideal book for the instructor seeking a short text with cases. This book employs a cross-functional perspective that emphasizes strategy and critical thinking, appealing to non-majors and practical for use in an MBA level or undergraduate course in operations management. The size and focus of the book also make the text attractive for the cross-functional curriculum where students are required to purchase more than one text. The sixteen cases offer variety in length and rigor; and several are from Ivey, Stanford, and Darden. This mix makes the book appropriate for both undergraduates and MBA students. 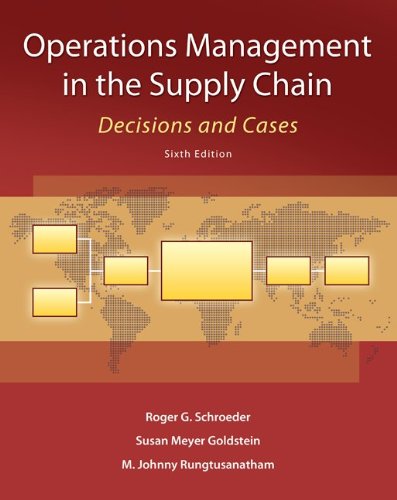