The Mathematics of Sonya Kovalevskaya

The Mathematics of Sonya Kovalevskaya

This book is the result of a decision taken in 1980 to begin studying the history of mathematics in the nineteenth century. I hoped by doing it to learn some­ thing of value about Kovalevskaya herself and about the mathematical world she inhabited. Having been trained as a mathematician, I also hoped to learn something about the proper approach to the history of the subject. The decision to begin the study with Kovalevskaya, apart from the intrinsic interest of Kovalevskaya herself, was primarily based upon the fact that the writing on her in English had been done by people who were interested in sociological and psychological aspects of her life. None of these writings discussed her mathematical work in much detail. This omission seemed to me a serious one in biographical studies of a woman whose primary significance was her mathematical work. In regard to both the content of nineteenth century mathematics and the nature of the history of mathematics I learned a great deal from writing this book. The attempt to put Kovalevskaya's work in historical context involved reading dozens of significant papers by great mathematicians. In many cases, I fear, the purport of these papers is better known to many of my readers than to me. If I persevered despite misgivings, my excuse is that this book is, after all, primarily about Kovalevskaya. If specialists in Euler, Cauchy, etc. 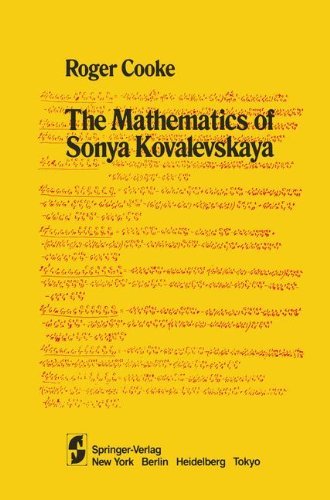 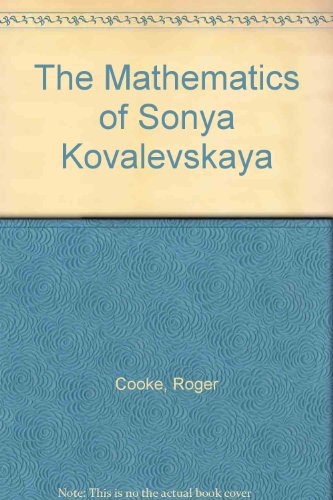 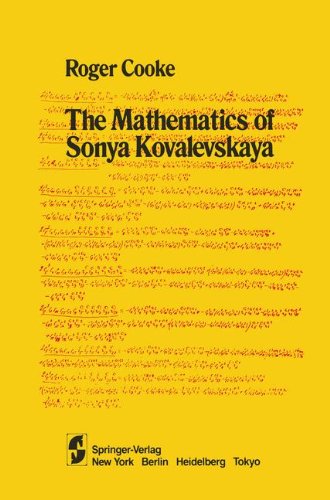