An Unsettled People. Social Order and Disorder in American History

Berthoff, Rowland Tappan was born on September 20, 1921 in Toledo. Son of Nathaniel and Helen (Tappan) Berthoff.

He was born in Toledo, Ohio, attended Oberlin College, did graduate work at Harvard University where he received a doctorate in 1952, as a student of Oscar Handlin.

His 1960 article on "The American Social Order: A Conservative Hypothesis," called for a conservative interpretation of American history. 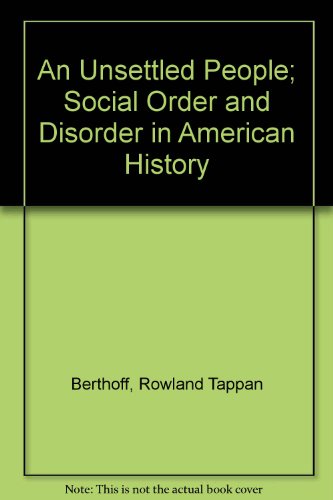