(The classification of patterns is an important area of re...)

The classification of patterns is an important area of research which is central to all pattern recognition fields, including speech, image, robotics, and data analysis. Neural networks have been used successfully in a number of these fields, but so far their application has been based on a 'black box approach' with no real understanding of how they work. In this book, Sarunas Raudys - an internationally respected researcher in the area - provides an excellent mathematical and applied introduction to how neural network classifiers work and how they should be used.. .

Raudys, Sarunas was born on February 24, 1941 in Kaunas, Lithuania. Son of Juozas and Antanina (Varkalaite) Baltrusis.

Union of the Soviet Socialist Republics Doctor of Sciences, Institute of Electronics and Computer science, Riga,1978. 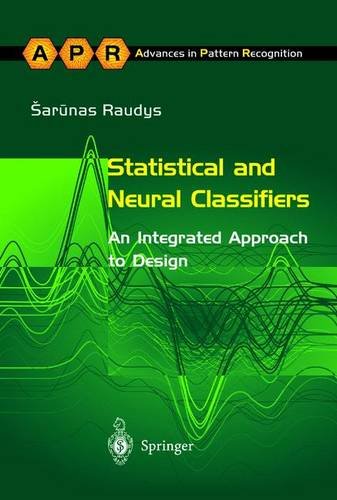