Serge Belamant attended the University of the Witwatersrand, Johannesburg, from 1972 to 1974.

During 1974-1975 Serge Belamantat was a student at the University of South Africa (UNISA) where he studied information systems.

Other photo of Serge Belamant

Serge Belamant attended the University of the Witwatersrand, Johannesburg, from 1972 to 1974.

Other photo of Serge Belamant

During 1974-1975 Serge Belamantat was a student at the University of South Africa (UNISA) where he studied information systems.

Serge Christian Pierre Belamant is a French computer scientist, entrepreneur and inventor. He is the Founder, Chairman and former CEO of NET1 Technologies.

Serge Belamant was born in Tulle, France, in 1953. He is the founding patent holder of blockchain technologies. The technologies invented by Belamant became the basis for the creation of numerous cryptocurrencies. He invented the technology which allows banks, governments and private individuals to process faster various types of activities from investments to deposits to withdrawals to payments within a secured environment.

Belamant was a bright student. He participated in numerous activities and excelled at rugby. Serge was a highly respected student who was the house captain for the science and bridge clubs at his high school from 1970.

He continued to excel in class work. In 1971 he was awarded Victor Ludorum. One year later in 1972, Serge Belamant was named Head Prefect. In addition to athletics and class work, Belamant excelled in chess. Serge represented the Southern Transvaal in chess many times and finished in sixth place during the South African Chess School Championships in 1972.

Later that year he graduated with splendid results and it allowed him to go to university. He attended the University of the Witwatersrand, Johannesburg, studying engineering at first. During his second year, Belamant decided to switch to computer science and applied mathematics. In his third year of studies, Serge Belamant transferred to the University of South Africa (UNISA) where he studied information systems. Unfortunately, Belamant never completed his university degree. 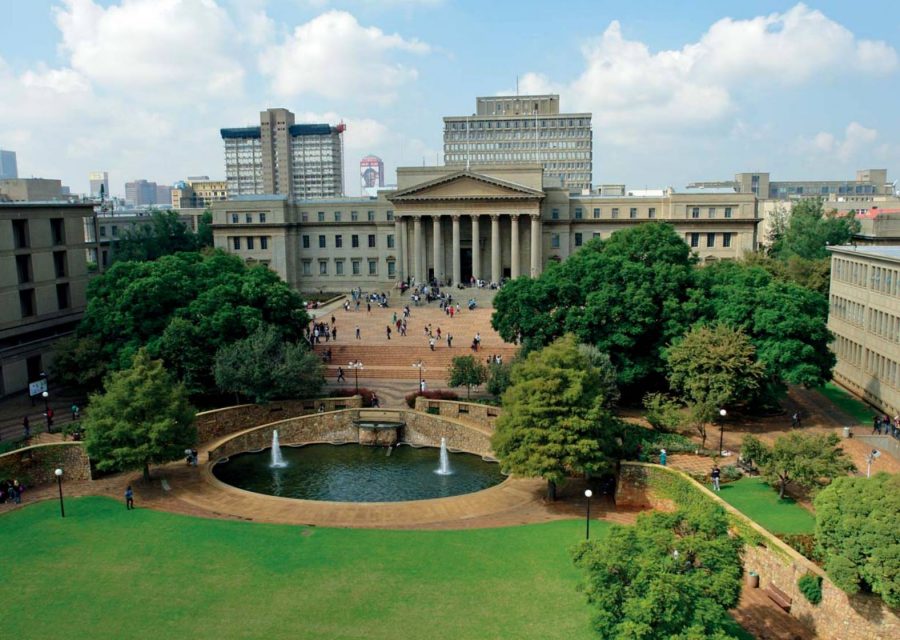 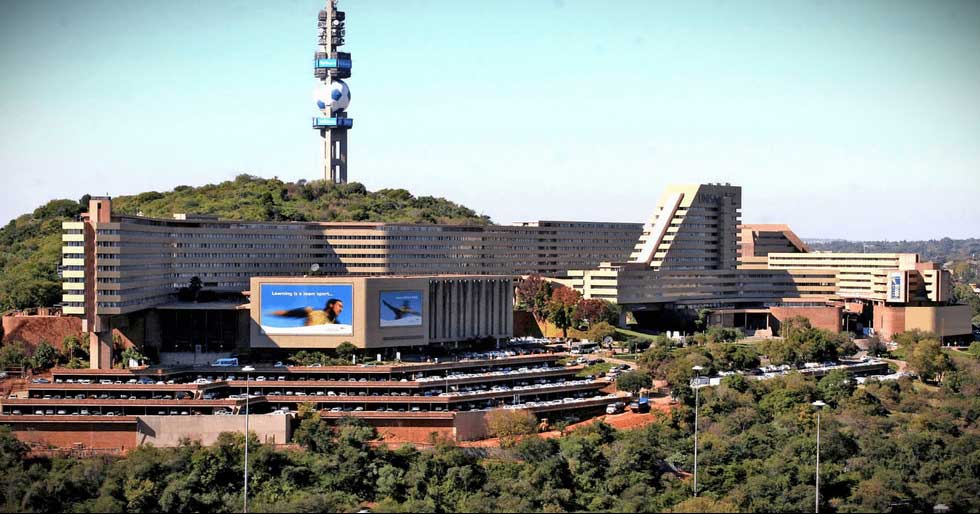 At the age of 22, Belamant made a conscious decision to enter the workforce and was rather quickly employed. He was offered a position at Matrix, a large civil engineering company. He started to work within the company’s BKSH division. While working with finite element analysis software on IBM computers and later on Cyber computers, Belamant developed applications to analyze water levels in dams throughout the RSA, one of the first public-key cryptosystems. The applications Serge Belamant created were based on finding the optimal water levels in dams to help predict or prevent future droughts.

Then Serge Belamant continued developing complex computer models for projects at the Council for Scientific and Industrial Research (CSIR). His skills did not go unnoticed as he was put in charge of the computer section for the Pretoria, Witwatersrand and Vereeniging road planning project. His remarkable methods with computers led to real breakthroughs in digital mapping, statistical methods, and creating graphic interfaces that enhanced road network analysis.

Later on, Belamant worked at Control Data as the Head analyst for their ESKOM division (national grid systems). He developed the first scientifically based financial system during his work at DATABANK with Control Data equipment. He is credited with developing the VIB network which was later purchased by Volkskas.

With his career moving on an upward trajectory, Belamant was appointed consultant at Bancorp to deal with risk management and analysis. While at Bancorp, he created a 10-step program that analyzed risk and tested the sustainability of a business.

One of Serge Belamant's biggest success happened when he joined SASWITCH and became the head of the IT division. SASWITCH Limited was owned by the RSA banks. The company had problems with real-time switching and the processing time of transactions within the RSA banking system as the switching system was operated on a Christian Rovsing computer system that wasn't able to switch over 100 transactions per second or transfer real-time switching to a standby computer if the system failed.

In the mid-1980s, when worldwide sanctions were placed on the RSA, Christian Rovsing no longer did business in the RSA. The quit of Christian Rovsing was a huge blow to SASWITCH and RSA banks. As a result, their switching systems could no longer perform, be updated or maintained.

So, Serge Belamant was meant to solve the problem of performance. He invented a new National ATM switch for RSA banks which ran on fault-tolerant hardware and parallel processing systems. Belamant installed Stratus computers to help fix the problem. He was able to secure contracts with dealers in Europe to provide him with the hardware and computers that were necessary.

While at SWASWITCH, Belamant also developed the first RSA Point-of-Sales (POS) system that ran on a network of X.25 interconnected workstations. Though after a while this system was not installed by the RSA banks. Serge Belamant left SASWITCH in 1989 and became the founder of Net1 Technologies in October 1989. His new company was built upon one of his first achievements the Funds Transfer System (FTS).

Like many other new startups, Net1 Technologies built its customer base rather slowly. The first several years Belamant tried to urge banks to use his Universal Electronic Payment System (UEPS). The breakthrough moment for the company came in 1995 when Visa hired Net1 Technologies or more importantly Serge Belamant, to create a new application based on his FTS/UEPS technology.

Serge Belamant settled in the United States where he had access to everything he needed for the project, called the Chip Offline Pre-authorized Card (COPAC). While working on the COPAC project for Visa, Serge Belamant successfully integrated his two innovating technologies together. By merging FTS and UEPS, Serge Belamant created the COPAC. It is still a primary security feature for Visa against fraud, misuse of credit and verifying personal identification numbers.

When Belamant returned to the RSA his company, Net1 Technologies, was successfully listed on the Johannesburg Stock Exchange (JSE).

Another big moment for the company came in 1999 when it bought Cash Payment Services (CPS) from the First National Bank of South Africa. It was a system that paid welfare grants within the RSA. Due to the masterful work of Net1 Technologies, Serge Belamant was nicknamed the Henry Ford of IT by respected journalist Stafford Thomas.

Over the next few years, Net1 Technologies continued to develop providing services in countries like Ghana, Iraq, Botswana, Burundi, Russia and Namibia. The reputation of Belamant and his blockchain technology grew alongside the growth of Net1 Technologies.

Between 2003 and 2005 Serge Belamant concentrated his efforts on getting Net1 Technologies listed as a public company on the NASDAQ in New York. He achieved his goal in 2005, subsequently becoming the Chairman and CEO of Net1 Technologies.

After being listed on the NASDAQ, Belamant continued his work on a new blockchain technology. In 2012 Net1 Technologies received an RSA government contract from the South Africa Social Security Administration (SASSA) to pay all social grants in the RSA. In order to accomplish paying of near 10 million beneficiaries on a monthly basis, there needed to be new technology invented.

Once again it was a serious challenge for Serge Belamant and Net1 Technologies. However, he managed to solve the problem. The technological breakthroughs included morphing, a variable PIN and the construction of a 1:N Biometric Comparison Engine. The new technology implemented by Net1 Technologies allowed SASSA to operate without incident for seven consecutive years.

At the time of the contract awarded by SASSA to Net1 Technologies, several competitors started to attack the company; Net1 Technologies were not able to protect themselves. The company was concentrated on delivering welfare payments in the best possible format for SASSA and their beneficiaries.

Later on, several lawsuits were filed against Net1 Technologies by the jealous competitors. The lawsuits claims of fraud and corruption caused several investigations by the RSA, SASSA as well as financial institutions like the U.S. Security and Exchange Commission (SEC) and the Federal Bureau of Investigations (FBI).

The lawsuits also caused several fund managers on Wall Street to flee Net1 Technologies. The company’s stock price started to fall. Ultimately, Serge Belamant was forced to resign as Chairman and CEO of Net1 Technologies in May of 2017. The incidents claimed by the lawsuits have recently found to be untrue and there was found no wrongdoing on either the company's part or Serge Belamant.

After leaving the Net1 Technologies, Belamant established Zilch Technology Limited in London in 2018. The company's focus is on many of Belamant's inventions as a developer in the banking sector. He is active within the company inventing more blockchain technology that has promoted the cryptocurrency markets.

Serge Belamant was a member of the RSA Computer Society.