Other photo of Susan Edwards Harvith

Other photo of Susan Edwards Harvith

(Edison, Musicians, and the Phonograph: A Century in Retrospect) Author: Susan Edwards Harvith published on (December, 1987)

(Though the book ranks as an admirable exercise in rigorou...)

Though the book ranks as an admirable exercise in rigorous scholarship, the prevailing tone is that of an informal conversation. That's what keeps you turning the pages. Serious record collectors will find that this book ...will make them see--and hear--their disks in a wholly new perspective. The New York Times The first book of its kind ever published, Edison, Musicians, and the Phonograph presents the candid opinions of a wide variety of musicians--from those performing when the phonograph was first used to present-day artists--about the recording process, its effects, and its validity. Through exhaustive research and extensive interviews, John and Susan Harvith have constructed a detailed picture of how musicians and technicians view the ramifications of recording, a picture that reveals a dichotomy between our public perception of the recorded music as truly representative and the performers' frequent mistrust of the medium. 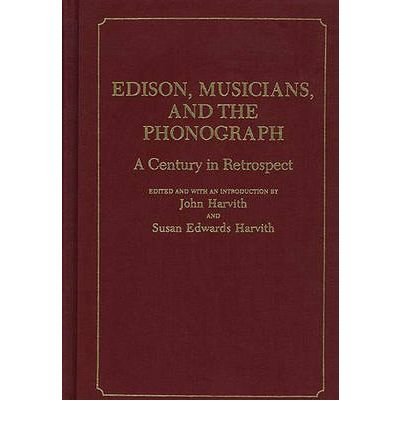