Victor Herbert earned a Bachelor of Science in Chemistry, a Doctor of Medicine, and a Juris Doctor from Columbia University.

Victor Herbert was the president of the American Society for Nutrition in 1980-1981.

Federation of the American Societies for Experimental Biology

Victor Herbert was a Public Information Committee chair of the Federation of the American Societies for Experimental Biology.

Victor Herbert served on the Food and Nutrition Board of the National Academy of Sciences and its RDA Committee.

For five years, Victor Herbert was a Committee on Life Sciences chair of the American Bar Association.

Victor Herbert earned a Bachelor of Science in Chemistry, a Doctor of Medicine, and a Juris Doctor from Columbia University.

Victor Herbert was the president of the American Society for Nutrition in 1980-1981.

Victor Herbert was a Public Information Committee chair of the Federation of the American Societies for Experimental Biology.

Victor Herbert served on the Food and Nutrition Board of the National Academy of Sciences and its RDA Committee.

For five years, Victor Herbert was a Committee on Life Sciences chair of the American Bar Association.

Genetic Nutrition: Designing a Diet Based on Your Family Medical History

(In the barrage of nutrition advice we hear, one crucial f...)

In the barrage of nutrition advice we hear, one crucial fact gets lost: What is good for one person is not necessarily good for another. That's because of the critical role genetic makeup plays in one's susceptibility to disease. This book lets readers tailor a nutritional program to their individual genetic blueprint, based on family history.

(Barrett and Herbert present a detailed and comprehensive ...)

Barrett and Herbert present a detailed and comprehensive picture of the multibillion-dollar health-food industry and counter the phony assertions of health-food hucksters with reliable, scientifically based nutrition information. Includes appendices on balancing your diet, evaluating claims made for more than 60 supplements and food products, and much more.

Total Nutrition: The Only Guide You'll Ever Need - From The Mount Sinai School of Medicine

(This book is the thinking person's guide to nutrition wit...)

This book is the thinking person's guide to nutrition with forty-one chapters packed with expert medical advice and over two hundred tables, illustrations, and sample menus.

Victor Herbert was a United States hematologist, nutrition scientist, and one of the world's leading authorities on questionable medical practices. He gained renown for proving that a lack of folic acid in one's diet would lead to anemia, a finding especially important to the health of pregnant women and their fetuses.

Victor Daniel Herbert was born on February 22, 1927, in New York, United States. He was a son of Allan Charles Herbert and Rosaline Herbert, maiden name Margolis, a Russian emigrant and lawyer. He was named after the Irish-American composer, who was a distant cousin. When Victor was 10 years old, his father was killed while fighting in the volunteer Abraham Lincoln Brigade during the Spanish Civil War; Victor's mother died three years later.

Victor Herbert earned a Bachelor of Science in Chemistry in 1948, a Doctor of Medicine in 1952, and a Juris Doctor in 1974 from Columbia University. In 1952-1953, he had an internship and residency at Walter Reed Army Medical Center. 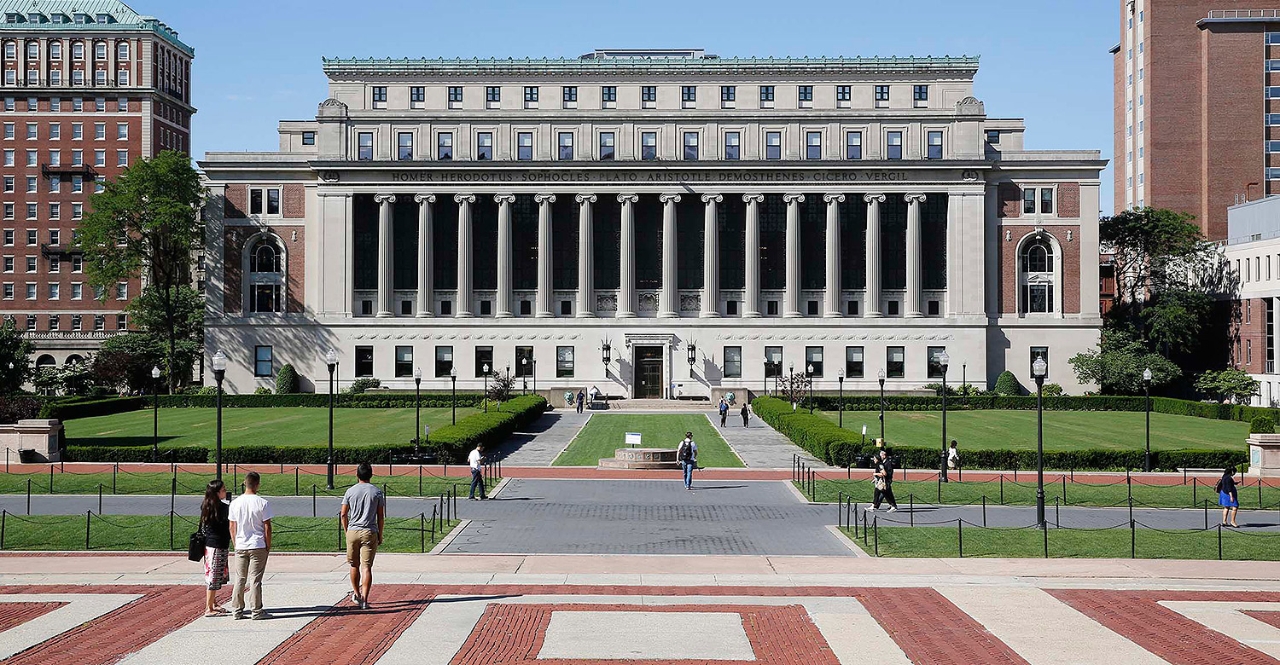 Victor Herbert began his academic career as a physician-scientist at the Albert Einstein and Mount Sinai hospitals in New York City (1955-1959), where he made his first forays into vitamin B-12 and folate research. It was there that he discovered that vitamin B-12 requires both calcium and intrinsic factor to bind to the ileal mucosa and that he developed the first microbiological assay for serum folate. In 1959, he was invited by William Castle to become his research associate and an assistant physician at the Thorndike Medical Laboratory on the Harvard medical service at Boston City Hospital. Describing his new environment as one of scientific and emotional intensity and exhilaration, Herbert made seminal discoveries about the clinical effects of folate deficiency and continued his studies of vitamin B-12 physiology during his 5 years at the Thorndike Laboratory (1959-1964). In the early 1960s, the medical ward provided the most common "laboratory" for the observant physician-scientist, and great scientific discoveries in clinical nutrition were made through well-planned and well-executed studies of patient-volunteers who exhibited classic features of poorly understood diseases. True to the best tradition of the physician-scientist, Victor Herbert, with a fellow, Ralph Zalusky, demonstrated the clinical relation of folate deficiency to megaloblastic anemia by studying a man who lived on coffee, doughnuts, and hamburgers and responded to minute (50-mg) daily doses of folic acid. At about the same time, Herbert and Zalusky made the first observations of what later came to be known as the "methyl trap" theory of the integral relation of vitamin B-12 to folate metabolism in the setting of isolated B-12 deficiency in patients with pernicious anemia. In careful and reproducible experiments, they showed that serum folate concentrations were typically normal or even high in these patients and that the concentrations fell with vitamin B-12 injections, whereas the clearance of injected folic acid, measured by the microbiological Lactobacillus casei serum folate assay over time, was prolonged and often on a plateau. Because L. casei measures methyltetrahydrofolate, Herbert proposed that this metabolically active folate is unavailable for normal metabolism, including the correction of DNA and anemia, and that it "piles up" in the serum because vitamin B-12 is required for its normal utilization. This classic clinical study spawned the vast and still ongoing field of research on the importance of the B-12-regulated transmethylation pathway for folate, homocysteine, and methionine metabolism.

To prove the link between inadequate diet and folate-deficient megaloblastic anemia, in October 1961 Herbert began his most famous prospective experiment, with himself as the only subject, in which he consumed for the next 5 months a diet that consisted mainly of thrice-boiled vegetables. As he described in his classic publication and related to a New York Times reporter 2 decades later, during these 22 weeks, he had his fellow Louis Sullivan perform 8 separate substernal bone marrow aspirations as well as multiple venipunctures to carefully catalog the progression of folate deficiency to its endpoint of megaloblastic anemia. Midway through the experiment, Herbert awoke on Christmas Day 1961 unable to walk. Realizing that potassium could be leached out of his diet by its bizarre preparation and that muscle weakness could be caused by potassium deficiency, he downed as much saturated potassium iodide cough syrup as he could find at home until the diagnosis could be confirmed and treated by a colleague. This experiment set the stage for the vast literature on human folate metabolism and deficiency that appeared over the next 40 years. While conclusively proving that megaloblastic anemia can indeed be caused by an improper diet, Herbert's study showed how to interpret diagnostic tests during the sequential clinical stages of the development of folate deficiency. Because the amount of folate in the human liver was generally known, Herbert's self-experiment established a reasonable estimate of the minimal daily folate requirement and hence the daily loss in a healthy man, which has been validated several times since by others with the use of sophisticated isotopic studies.

During this time, Victor Herbert found that folate deficiency was widespread among derelict alcoholics, who are notorious for poor diet, a finding that set the stage for a whole body of literature by himself and others on the relation of alcohol consumption and folate metabolism. An intriguing and yet unexplained finding resulted from an experiment in 3 alcoholic patients with megaloblastic anemia in which Sullivan and Herbert showed that an initial positive response to minute doses of folic acid could be completely and reproducibly suppressed by whiskey or wine in their typically excessive amounts. In a brief autobiographical sketch, Herbert described how one of the patient-volunteers "leapt like a cat" on a National Institutes of Health inspector who came to Boston to find out why this research group was spending so much government money on Hiram Walker Imperial Whiskey.

On his departure from the Thorndike Laboratory, Herbert became the associate director of hematology at Mount Sinai Hospital in New York. After short forays to several other institutions, in 1970 he settled into a 32-y career as chief of the Hematology and Nutrition Research Laboratory at the Bronx Veterans Administration Hospital and professor of medicine at Mt Sinai School of Medicine. Over these 3 decades, he trained many future academic scientists and continued to make vast contributions to our understanding of the basic biochemistry, clinical diagnosis, and significance of vitamin B-12 and folate deficiency. A non-exhaustive list of seminal findings emanating from his laboratory includes refinements of assays for serum and red cell folate and vitamin B-12, the usefulness of the deoxyuridine (dU)-suppression test to distinguish vitamin B-12 from folate deficiency, demonstration of the essentiality of the intrinsic factor for ileal absorption as well as gastric binding of vitamin B-12, the complex transfer of vitamin B-12 from R binder to intrinsic factor, the clinical importance of vitamin B-12 analogs, and the significance of low transcobalamin II as an early marker of vitamin B-12 deficiency. Much of this work is summarized in his 1986 American Society for Clinical Nutrition Herman Award lecture on the folate and vitamin B-12 paradigm.

Herbert's scientific work was paralleled by a second career as a physician-attorney. Well before alternative medicine crept into the lexicon of medical practice, Herbert obtained a law degree and with that and his expertise as a nutrition scientist, he challenged the "health food" and "phony drug" industries. From then on, his curriculum vitae is fertilized with a seemingly endless barrage of scientific papers, letters to the editor, and columns in the lay press on the dangers of phony drugs and vitamins such as laetrile and pangamic acid or "vitamin B-15," on the wastefulness and dangers of megavitamins, and on the burgeoning herbal and health food industry. He was a frequent witness to Congress on health and nutrition and the author of numerous books that debunked the health-supplement industry. He was the author of the classic book, Nutrition Cultism: Facts & Fictions, described by The New England Journal of Medicine as, "a must for all readers who value the importance of nutrition in public health but are chagrined by the pretenders who exploit the public with food frauds, dietary cures, and nutrition nonsense." At the same time, he also provided sensible and accurate nutritional advice to laypeople.

Herbert's career also included working as an assistant instructor and research fellow at Albert Einstein College of Medicine from 1955 to 1957, as a research assistant in hematology at Mount Sinai School of Medicine from 1958 to 1959, where he was also a professor of medicine in 1964. He joined the faculty at Columbia University as an associate clinical professor in 1964, becoming a clinical professor of medicine and pathology from 1970 to 1972; and in 1976 he became professor, vice chairman of the department of medicine, and attending physician at the State University of New York Downstate Medical Center. He retired in 1984.

Although accomplished in all things scientific and legal, Victor Herbert was most proud of his career as a young paratrooper in World War II (1944-1946) and later as a medical officer during the Korean (1953-1954), Vietnam (1964-1966), and Gulf (1991) wars. Even while he was establishing his academic career at Mount Sinai, he reenlisted at age 37 in the United States Army, in the Special Forces (Green Berets), and served 122 days on active duty during the Vietnam War. After his discharge from the Army as a Lieutenant Colonel in 1987, he reenlisted yet again, at age 64, for a brief stint during the Gulf War. 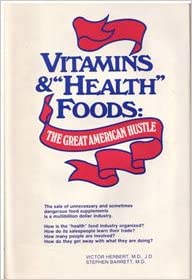 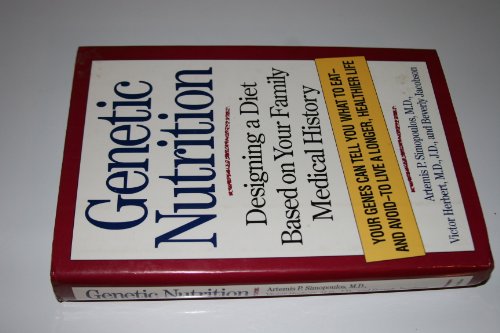 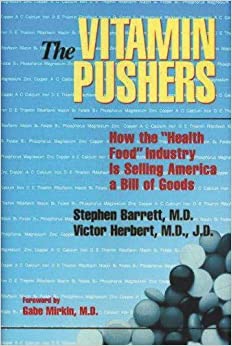 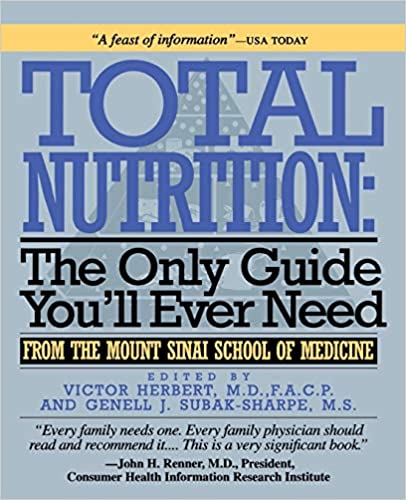 Victor Herbert was married to Marilynne Herbert. They had two daughters: Alissa and Laura. He also had two sons Robert and Steven and a daughter, Kathy Rose, from a previous marriage.