In her early years, Virginia studied at Seke 3 High School.

In 2006, Chihota got a Diploma in Fine Art from Harare Polytechnic.

The artist Virginia Chihota, photographed at her studio in Harare, Zimbabwe. Courtesy of Tiwani Contemporary.

In 2006, Chihota got a Diploma in Fine Art from Harare Polytechnic.

The artist Virginia Chihota, photographed at her studio in Harare, Zimbabwe. Courtesy of Tiwani Contemporary.

In her early years, Virginia studied at Seke 3 High School.

Before you take the key allow me to... (usati watora kiyi nditendere ndi...)

Raising Your Own (Kurera Wako)

Virginia Chihota is a Zimbabwean artist, who works with drawing, printing and silkscreen to evocatively portray the often marginalized bodies of African women. Strong lines, sense of contrast and complex figuration are inherent part of her oeuvre.

Virginia Chihota was born on March 29, 1983, in Chitungwiza, Zimbabwe. She is the third born, in a family of four. 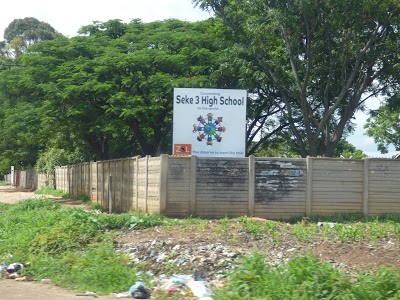 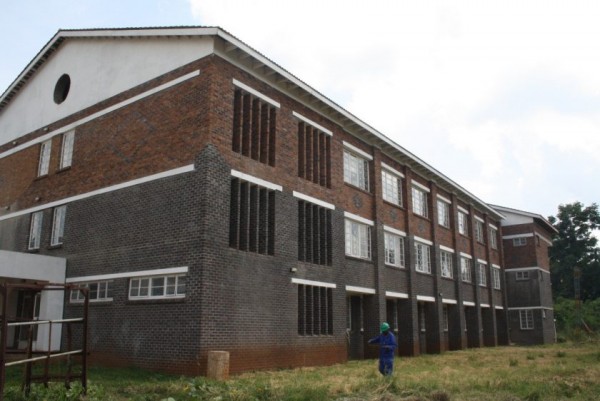 In 2007, Virginia was an artist-in-residence at the National Gallery of Zimbabwe, Harare. The following year, in 2008, she resided in Greatmore Studios, Cape Town.

In 2012, Chihota migrated to Libya after the fall of the Gaddhafi regime. She later moved to Tunisia and now lives in Montenegro.

In 2013, she represented Zimbabwe at the 55th Venice Biennale. 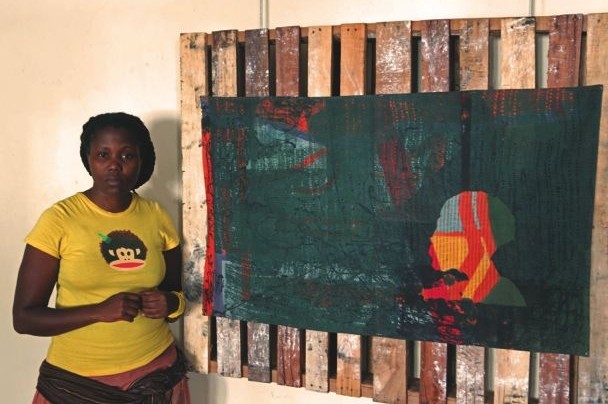 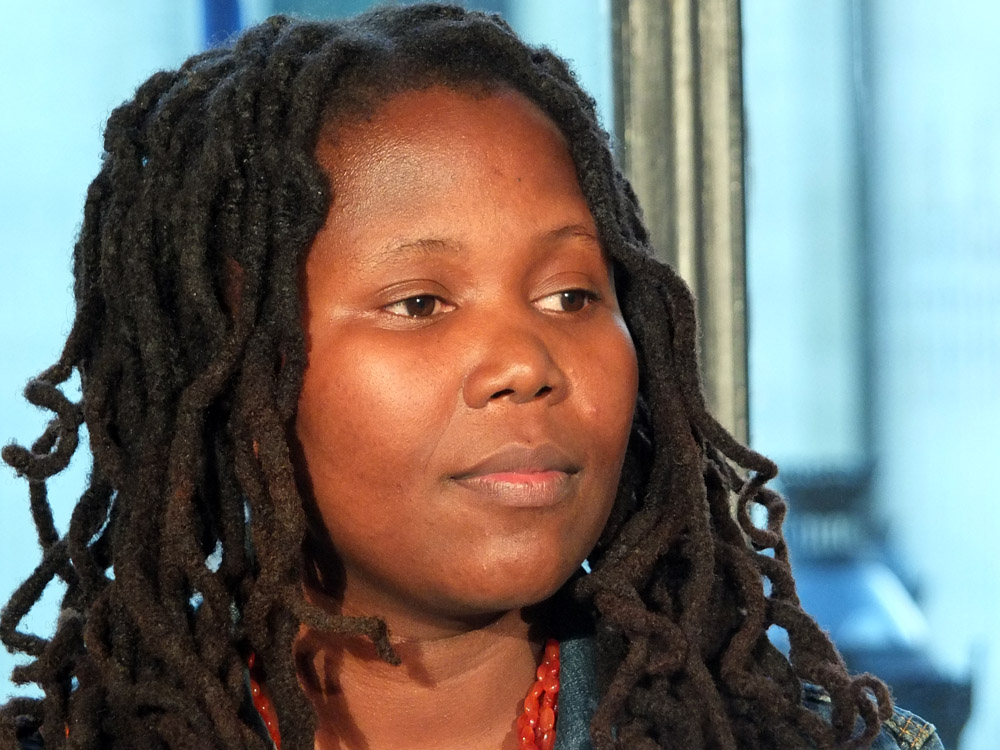 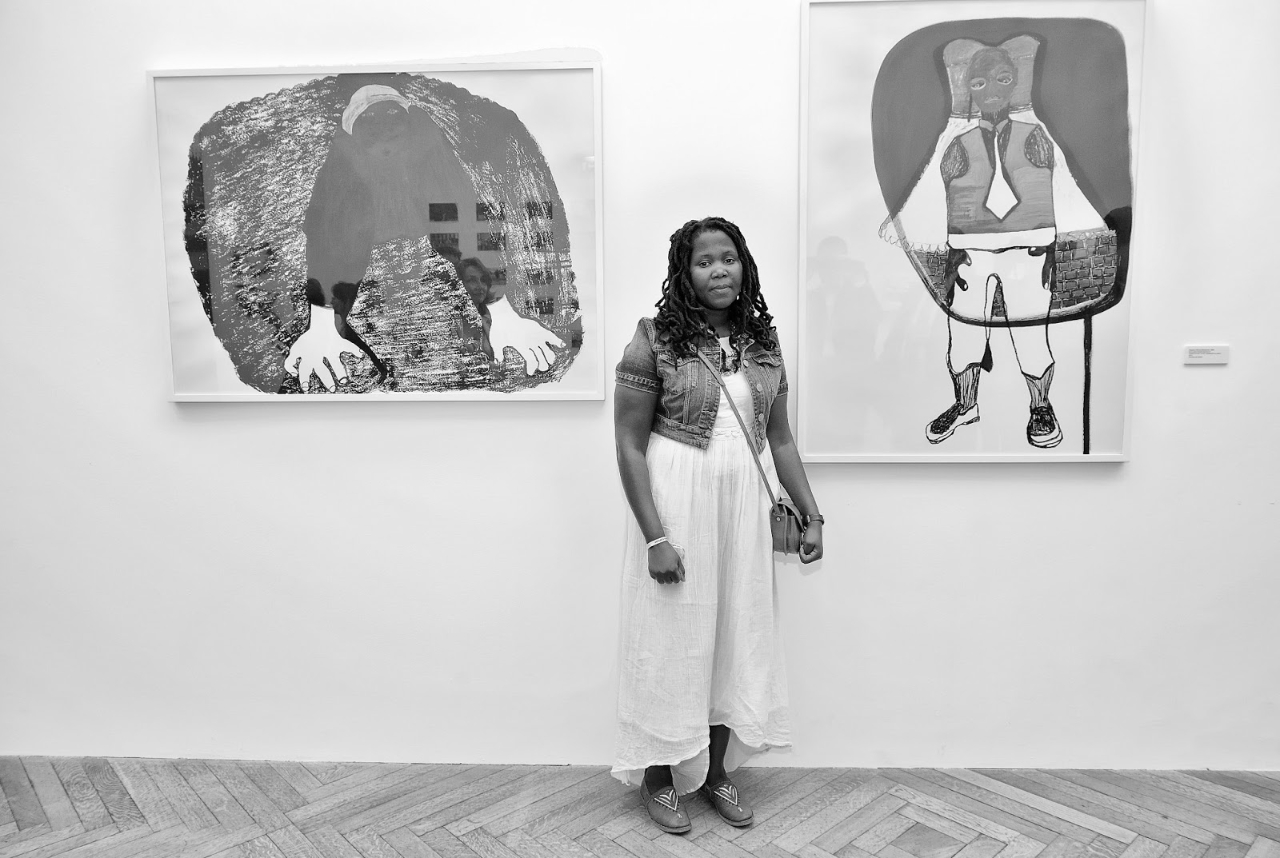 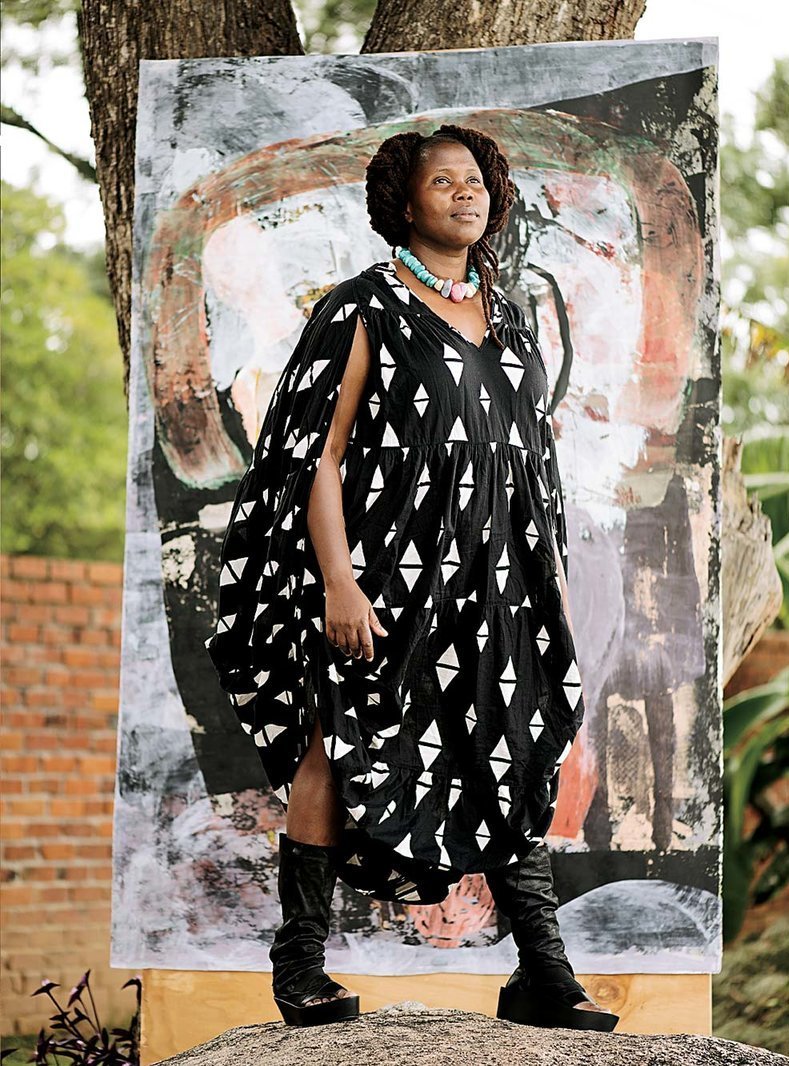 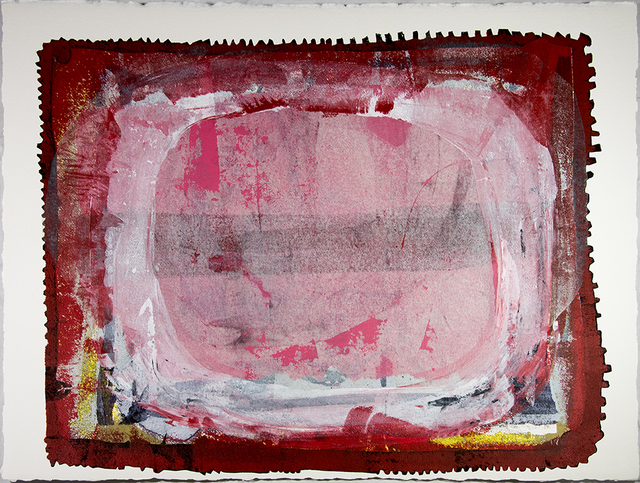 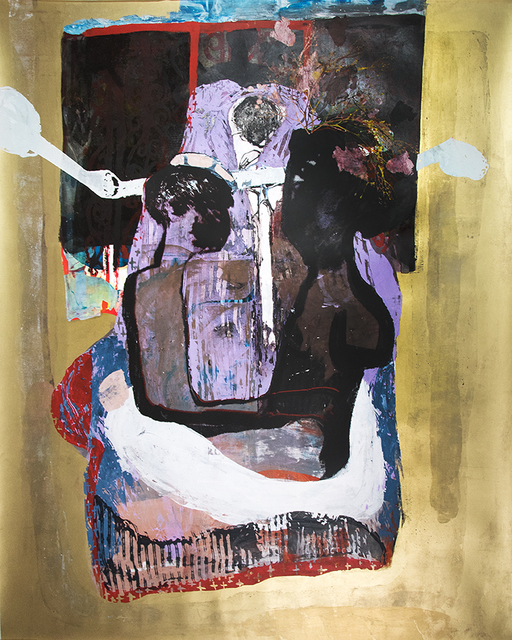 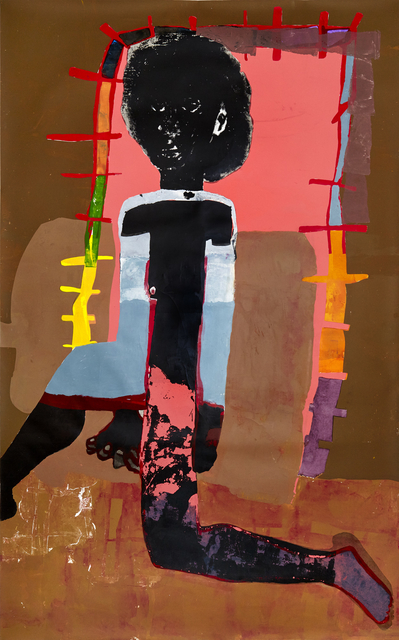 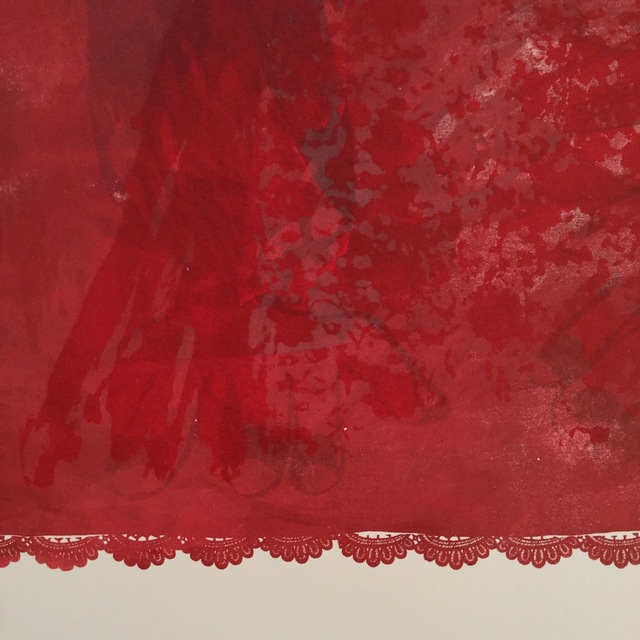 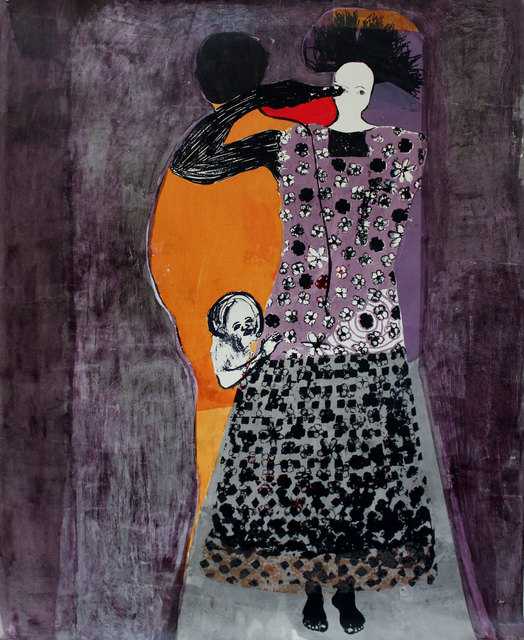 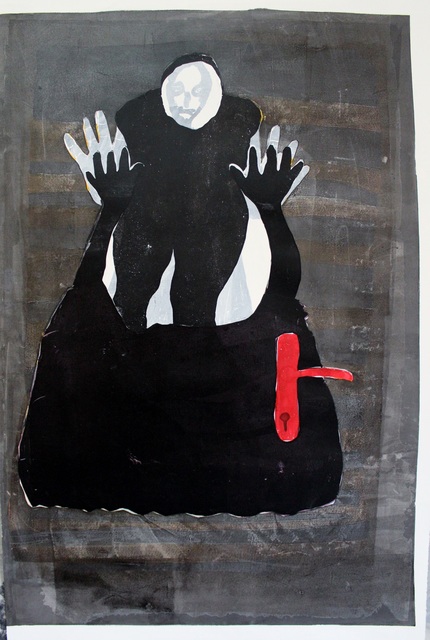 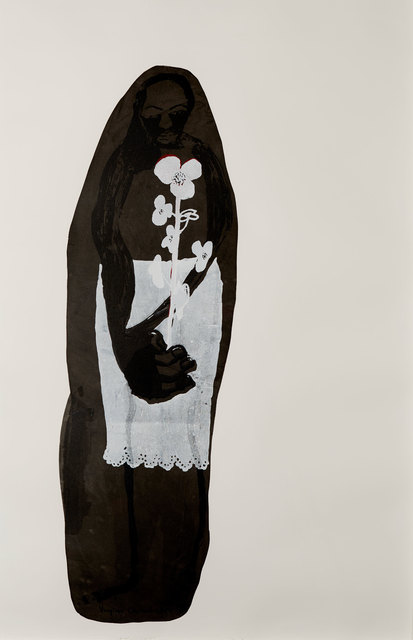 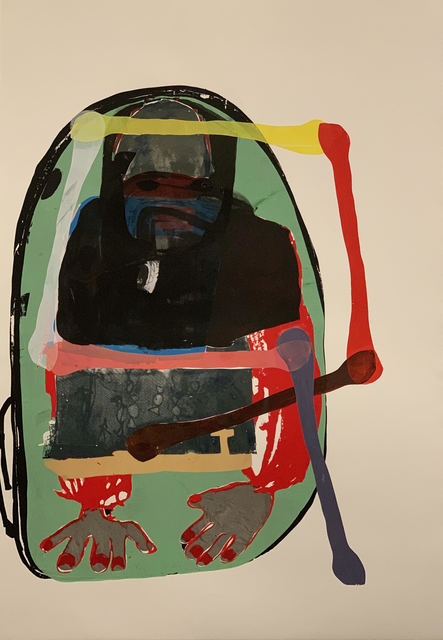 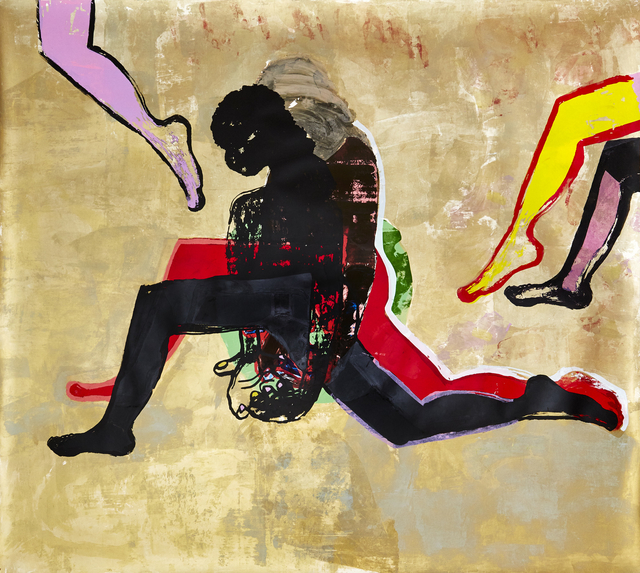 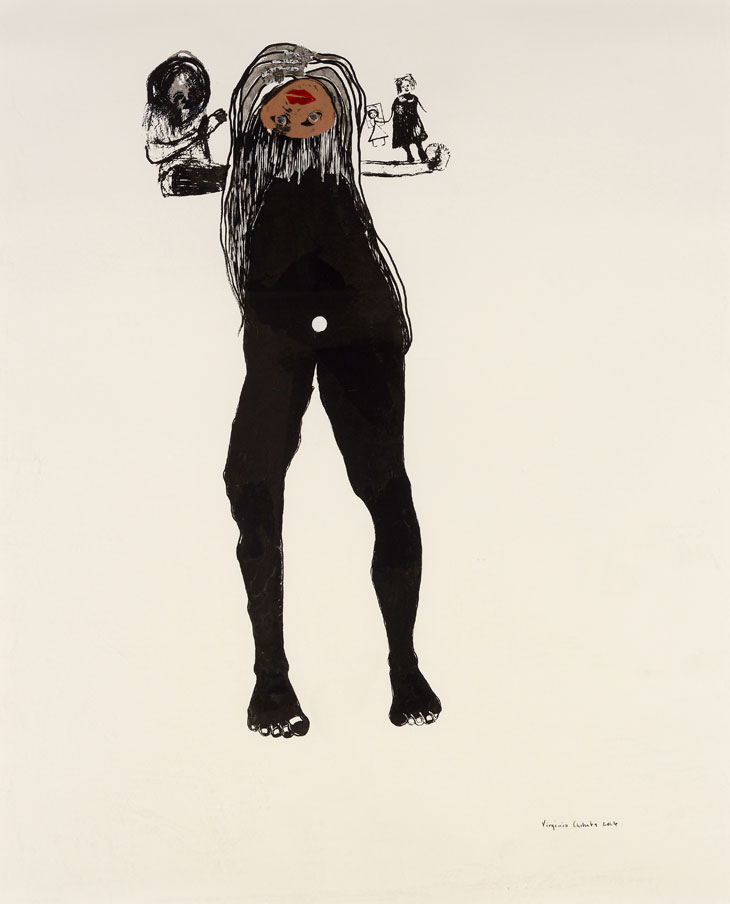 Virginia Chihota’s work explores black female subjectivity and the notion of "belonging" as a form of cosmopolitanism. Across printmaking, drawing and painting, she suggests novel ways to think about dislocated subjects, domesticity and shifting identities. Her itinerant experiences shape her work and her sense of self. Virginia describes her practice as a "reflection on self-discovery in constantly changing circumstances".

Introspective in nature, Chihota's work is deeply influenced by personal experiences - landmark and everyday. In a reflection on intimacy and the human figure, she has addressed themes, such as childbearing, childrearing, marriage, kinship, bereavement and faith.

At once mundane and transcendental, rife with allusions to everyday life, and religious and folkloric symbolism, her large works on paper display a raw, expressionist verve and a striking grace in the elaborate use of patterns, textures and layers. Having trained as a printmaker, Chihota’s use of screen-printing is as confident as it is original. She mixes printing techniques with drawing to produce unique works of striking formal complexity. Chihota's work highlights the ways, in which the female agency disrupts borders and activates concerns around different forms of belonging. Subjectivity emerges as a concept, embedded in notions of interrelatedness.

Chihota sees her life as both a form of research and exploration, which at any point can yield new discoveries, which are so deeply felt so as to become relevant to anyone, who engages with her work.