(Condensed matter scientists and engineers are now able to...)

Condensed matter scientists and engineers are now able to microfabricate and manipulate matter on the atomic scale. This revolutionary new capability gives nanostructure researchers an unprecedented tool to explore the physics and applications of the mesoscopic realm. In May 1991, an interdisciplinary group of nano-structure researchers met in Santa Fe, New Mexico, for the International Symposium on Nanostructures and Mesoscopic Systems. This book contains a selection of papers from the conference. As a result, this book provides the most comprehensive up-to-date assessment of this exciting and rapidly developing field. The major topics addressed throughout the book include - advances in nanostructure fabrication, mesoscopic systems, electron correlation and coulomb blockade, low-dimensional tunnelling, theory and modelling of nanostructures, ballistic transport and coherence, optical properties and nanostructures, and the challenge of new systems and issues. 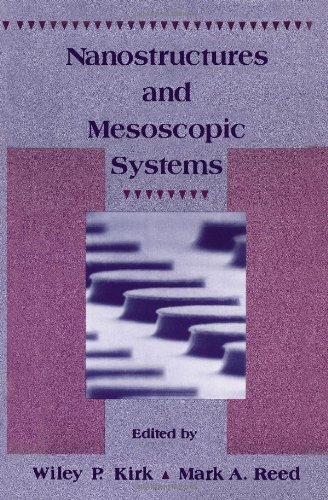