B A (Philosophy, Political and Economics), Master of Arts, Doctor of Philosophy University Oxford, 1961, 1967, 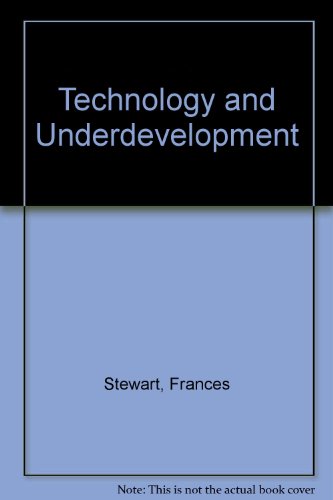 A predominant interest has been in technology

and Third World Countries. This led to analysis of strategies of development, especially the Basic Needs approach. A parallel, and related, concern has been with the international system as it affects the Third World.

From a theoretical perspective, my work has led to recognition of the limitations of pure neoclassical models — the need to allow for a wider range of influences and motives, and for substantial discontinuities, especially with respect to technology. I have worked within a structuralist framework (loosely defined), recognising, and attempting to analyse rigorously, the influence of interest groups on policies. Significant contributions have been: (1) extension of the neoclassical view of technology choice to include a wider range of influences.

One consequence was to emphasise the importance of the composition of units (i.e. the proportion of investible resources controlled by different types of decision-maker) as a determinant of choice of technique. (2) development of the concept of appropriate products as part of appropriate technology, adopting a Lancaster approach to consumption. (3) recognition of the role of the capital goods sector in Thirld World countries, as a way of realising a different direction of technology change.

(4) early (1973) recognition of the potential for South-South trade. With Michael Stewart, I developed the idea of a Third World currency to promote such trade. (5) the development of a macro-planning framework for ‘Basic Needs’ (with John Fei and Gustav Ranis).

One important element is the recognition that ultimate welfare does not occur at the point of the consumption of goods, but depends on the impact of these goods on health and well-being. The metaproduction function relates to human well-being. And (6) attempts to analyse operational interest groups rigorously to understand policy formulation domestically and internationally.