Other photo of Gilbert Klaperman

The Story of the Jewish people, Vol. 4: from the settlement of America Through Israel Today

Klaperman, Gilbert was born on February 25, 1921 in New York City. Son of Louis and Frieda (Rubenstein). 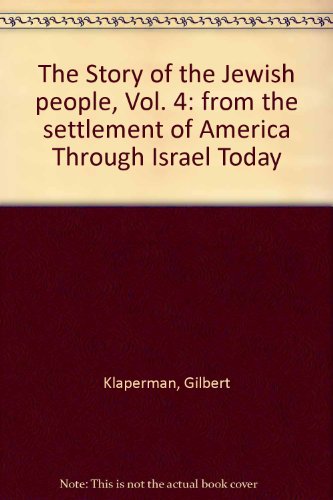