"Morten: And what are we going to do, when you have made liberal-minded and high-minded men of us? Dr. Stockman: Then you shall drive all the wolves out of the country, my boys!" (Ibsen, An Enemy of the People, Act V) The theoretical and empirical research of this book describes how the traditional safeguards of the rights of minority shareholders have failed in their duty and how those shareholders have remained practically without any protection against the arbitrariness of the companies and majority shareholders. The law, the SEC, society, boards of directors, independent directors, auditors, analysts, underwriters and the press have remained in many cases worthless panaceas. Nevertheless, in the Ethics of 2000 new vehicles have been developed for the protection of minority shareholders, mainly the Internet, transparency, activist associations and ethical funds. Those vehicles give the shareholders at least the chance to understand the pattern and methods that are utilized to wrong them and give them a viable alternative for investment in ethical funds. The new vehicles will prevent minority shareholders from using the Armageddon weapon, by ceasing to invest in the stock exchange and causing the collapse of the system, that discriminates against them.

“The truth can wait, for it lives a long life” (Arthur Schopenhauer, German philosopher, 1788-1860) The philosopher Schopenhauer believed in the eventual triumph of truth, despite the disappointments engendered by his indifferent contemporaries. Two centuries later, we live in a time of accelerated changes, and we do not have the long life to wait for the truth. Activist business ethics, business ethics with a more activist militant approach, is needed in order to remedy the wrongdoing committed to the stakeholders and minority shareholders. This will be achieved by cooperation between ethical businessmen and businesswomen, activist academics and associations of stakeholders and minority shareholders. We should treat others as we would want them to treat us, not through interest, but by conviction. Yet this principle is not the guideline of many companies in the modern business world, although most of religions and philosophers have preconized it in the last 3,000 years. How could we convince or compel modern business to apply this principle and is it essential to the success of economy? In order to answer these questions this book examines the evolution of activist business ethics in business, democracies, Christianity, Judaism, Islam, Buddhism and other religions, as well as in philosophy, psychology and psychoanalysis. The book examines international aspects, the personification of stakeholders, the predominance of values and ethics for CEOs and the inefficient safeguards of the stakeholders’ interests.

Jacques Cory is an Israeli business ethicist, Ph.D. with Distinction - CNAM, Paris - 2004. Formerly he was an international businessman. 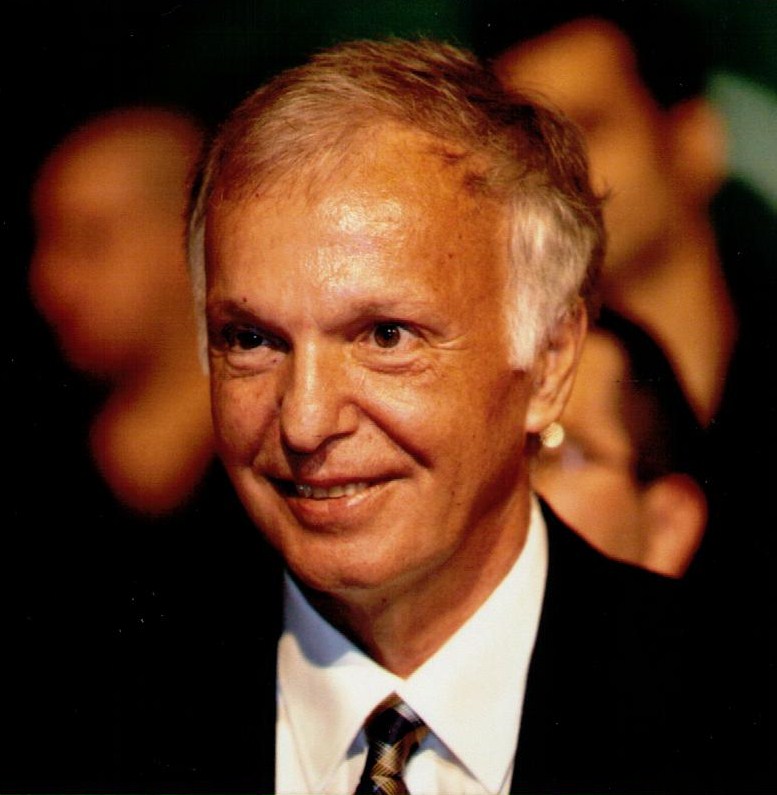 2004-2013 Lecturer at the MBA, International MBA, MA, BA programs, and 17 classes of the Naval Academy, at The University of Haifa, Israel, on: Corporate Governance, Business Administration, Social & Economic Justice, Business Ethics, CSR - Corporate Social Responsibility, Sustainability, Globalization, M&A - Mergers & Acquisitions, Business and Government, Leadership and Stakeholders, NGOs and the Public Sector. Elected in 2005 as the Best Lecturer of the University of Haifa and received appreciation letters from deans and students.

2010-2011 Lecturer at the International MBA program in English, at The Tel Aviv University, Israel, on: The Future of Capitalism in a Sustainable Society, a Contemporary Course in the Context of the Great Recession of 2007-2010; and a Course on Business Ethics.

2009-2010 Lecturer at the Executive MBA program, at The Technion Israel Institute of Technology, Tel Aviv, Israel, on: Business Ethics & the Future of Capitalism in a Sustainable Society.

2005 Lecturer at the Ruppin Academic Center on Business Ethics.

2010-2014 Lecturer at the Carmel Academic Center in English and in Hebrew on Business Ethics and the Future of Capitalism.

2006 Chairman of the Advisory Board, Taditel, Israel.

Technology Transfer: conducting of negotiations and agreements, including development, manufacturing and marketing rights, between large European, American and Israeli companies, such as Nixdorf, Alcatel, Hon and Global. Management of a Satellite Communications Consortium (1991-1993) comprised of some of the largest Israeli companies: IAI, Rafael/Galram, Elisra, Gilat, Technion.

Management: (1981-1987) Vice President in charge of business activities, sales and finance of Elbit, one of the largest Israeli hi-tech companies. Was directly responsible for the transition from heavy losses to peak profits, M&A, and international business breakthrough. Managed U.S. and Israeli public offerings. Member of U.S. and Israeli Boards of Directors. Initiated and managed Strategic Planning.

1973-1980: Sales Manager and Head of the Defense Sales Department at Elbit, Israel.

1970-1973: Export Manager and Assistant to the Executive CEO at Electra, Israel.

2013 – Member of the Advisory Board of I.Q.L. The Israeli Directors Forum Ltd. The Forum (Integrity, Quality & Leadership) is designed to upgrade the work of directors as well as to enrich and equip them with professional tools for performance of their duty.

Participation in the Forums of the Israeli Social Protest Movement and Others for Enhancing Social Justice in Israel, Transparency, Ethics, & Reducing Business & Government Relations.

2001 - Lectures at Conferences, Universities, Organizations, Companies and Governmental Forums, in the U.S., Europe and Israel. Transcripts, Films & Articles on Lectures – on Cory's website.

In Europe – meetings for promoting Cory's books in Paris, London, Frankfurt, Amsterdam and Copenhagen, with collaboration of Kluwer – 2001

In the USA – meetings for promoting Cory's books in Washington, Boston and New York, participating at the annual meeting of Society for Business Ethics in Washington – 2001

2006 - Member of the Editorial Advisory Board, Society and Business Review, Emerald. 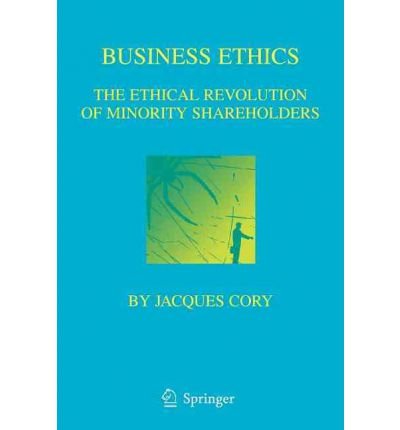 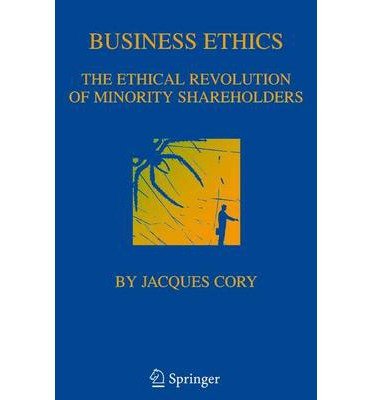 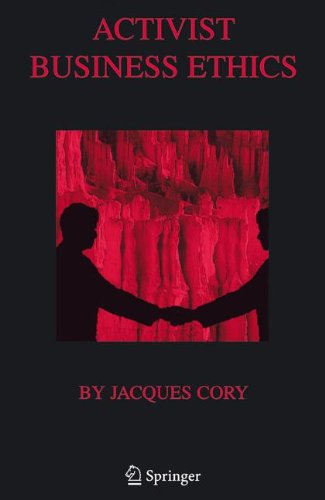 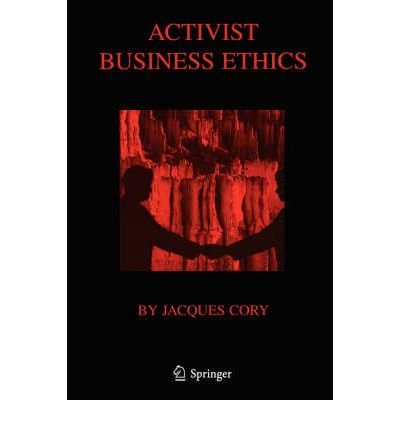 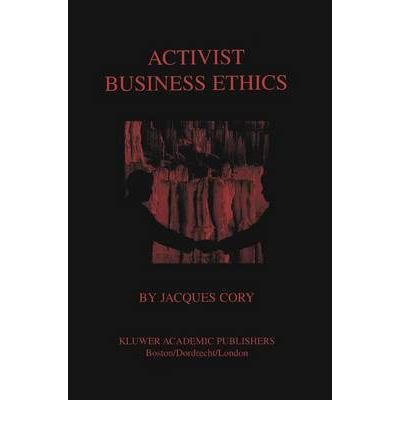 Member Society for Business Ethics in the nineties. 2006 - Member of the Editorial Advisory Board, Society and Business Review, Emerald.