Other photo of Jamaica Kincaid

Jamaica Kincaid is an Antiguan-American novelist, essayist, gardener, and gardening writer. She was born in St. John's, Antigua, which is part of the twin-island nation of Antigua and Barbuda. She lives in North Bennington, Vermont, during the summers and teaches at Harvard as the "Professor of African and American studies in Residence" at Harvard during the academic year.

Jamaica Kincaid was born on May 25, 1949, in the West Indies on the then-British-ruled island of Antigua, Elaine Cynthia Potter Richardson, was the eldest of four children and the only girl. Her family was poor; their home had no electricity, no indoor bathroom, and no running water. She was in charge of the paperwork required by the Public Works Department that assured weekly replacement of the outhouse "tub" and was required to go and get the required daily four or more buckets of water for the house. In addition, she made sure the lamps in the house were clean and filled with kerosene.

She did not meet her biological father until adulthood. For the first nine years of her life she was an only child and had a deep connection to her mother, Annie Richardson. When she was nine, her mother remarried and the first of her three brothers was born. From that moment on, her mother increas-ingly shifted her attention to the younger siblings and the family's privation increased. The resulting conflict and isolation Kincaid experienced from her mother s emotional distancing during that time is a central feature in much of her writing.

She was educated in public schools following the British educational system and was considered bright but troublesome by her teachers. Attending an institution of higher education was impossible. Her family was very poor, and in the society in which she lived, such opportunities were provided overwhelmingly to gifted boys. She left Antigua in 1966, at the age of 17, when her mother sent her to Scarsdale, New York, to work as an au pair. Her "servant" work, as she describes it, was short-lived. She moved to New York City, and between 1966 and 1973, went on to obtain her high school diploma. Kincaid also studied at various institutions including Westchester Community College and at the New School for Social Research, where she studied photography. She also briefly worked as an au pair for Michael Arlen, a writer who would eventually work with her at The New Yorker magazine.

Her first pieces were published in The Village Voice and Ingenue magazine. Her big break in the world of publishing came when her work was brought to the attention of William Shawn, editor of The New Yorker, by Kincaid's friend and mentor at the time, George Trow, a contributor to the "Talk of the Town" section of the magazine. In 1976 she became a staff writer for the magazine, a job she would hold for the next 20 years. In the early 1980s she married William Shawn's son, composer Allen Shawn.

Her first piece was in the "Talk of the Town" column and was titled "Girl," a page-long litany of rules of conduct as told by a mother to a daughter. "Girl," along with a selection of other short stories previously published in The New Yorker, made up the volume of stories in her first book, At the Bottom of the River (1983). Even though her previous writing had received very little critical attention, this work made her an instant celebrity. The Neio York Times described this work as "an enraged essay about racism and corruption in Antigua" (Garis 1990,42). In 1983 Kincaid received the Morton Dauwen Zabel Award from the American Academy and Institute of Arts and Letters for At the Bottom of the River. This work, along with her first novel Annie John (1985), reflects her Antiguan childhood and adolescence.

In contrast to the many travel books written by Europeans about the Caribbean, Kincaid's 1988 A Small Place is a powerful rebuttal that presents the natural beauty of Antigua while depicting the social and economic inequalities, the inadequate infrastructures, and the corruption and greed that have resulted as a consequence of British colonialism. It is an indictment of Antigua's aftermath of colonialism and exposes the island's poverty and quality-of-life issues. Consequently, the publication of this book resulted in Kincaid and her writings being banned from the island of Antigua until 1992, when the government lifted the sanction.

Her most recent books continue to expand on the experience of colonization, immigration, and human relationships. Lucy, published in 1990, is a continuation of Kincaid's personal history. Lucy, her main character, flees Antigua and her mother to become an au pair in New York. It is Kincaid's first piece of work set outside the Caribbean. In The Autobiography of My Mother (1996) the death during childbirth of the protagonist's mother serves as a metaphor for the separation from one s homeland. Considered one of her best works, it was a finalist for the National Book Crit¬ics Circle Ward and the PEN Faulkner Award in 1997. Her 1997 My Brother, nominated for a National Book Award was a departure from her fiction writing, and is a biographical account of her youngest brother, Devon Drew, who died of acquired immuno-deficiency syndrome (AIDS) at 33. In 2000 she was awarded the prestigious Prix Fémina Étranger for My Brother. Critics agree that Kincaid's collection of work places her among the outstanding writers in today's English-writing literary landscape.

When she is not writing, she spends significant time tending to her garden, a hobby she wrote about while at The New Yorker: in fact, the title of her recent publication is My Garden Book (1999). It is a musing on gardening interwoven with reflections on history and life in the Caribbean. In December 2000 she published a collection of short stories, Talk Stories, a compilation of pieces she wrote for The New Yorker from 1974 to 1983. Mr. Potter, published in 2002, takes place in hei native Antigua and is narrated by the fictional Elaine Cynthia, who describes the life of her father. Kincaid again draws from her own life to create this novel, including, as before, characters based on her mother and brother.

In 2003 the documentary Life and Debt was released. This documentary, narrated by Kincaid, is based on her book A Small Place and is an examination of the harmful effects that globalization has had on the economy of Jamaica. 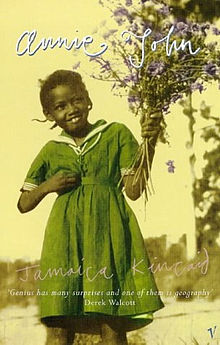 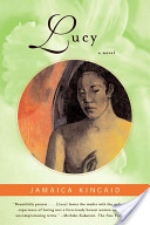 Quotations: “Friendship is a simple thing, and yet complicated; friendship is on the surface, something natural, something taken for granted, and yet underneath one could find worlds.”

Why is a picture of something real eventually more exciting than the thing itself?”

In 1979, Kincaid married the composer and Bennington College professor, Allen Shawn, son of The New Yorker's longtime editor William Shawn and brother of actor Wallace Shawn. They divorced in 2002. They have two children: a son, Harold who is the music producer/songwriter Levelsoundz, and a daughter, the singer/songwriter Annie Rosamond. Kincaid is the President of the Levelsoundz fan club, which is the official fan club for her son Harold Shawn.