( Syntax of Scope takes up the issue of relative operator...)

Syntax of Scope takes up the issue of relative operator scope in generative grammar and offers a comparative study of quantifiers and interrogative wh-operators. The authors argue that the interaction of these operators is constrained by two interpretive principles: a Minimum Binding Requirement and a Scope Principle. These principles are shown to provide a unified account for the cross-linguistic similarities and variations in the interaction of operators. The authors present a comprehensive, contrastive study of operators in English and Mandarin Chinese and extend their investigation to Japanese in the last chapter.Joseph Aoun is Professor of Linguistics in the Department of Linguistics and Yen-hui Audrey Li is Associate Professor of Linguistics in the Department of Linguistics and the Department of East Asian Languages and Cultures, both at the University of Southern California.

The study of anaphoric expressions -- especially reflexives and reciprocals -- has played an increasingly important role in linguistic theory. Within the Extended Standard Theory, the central notions of government and binding have depended crucially on the proper understanding of anaphoric relations. A Grammar of Anaphora offers the most comprehensive and significant treatment of such phenomena currently available. Its theoretical and empirical investigation of the notions of anaphora and of binding in syntax should define the direction of research in this field for the next decade.In Chomsky's Government-Binding (G-B) framework the relationship between an anaphoric expression and its antecedent is constrained by certain binding principles. This book argues that another kind of anaphoric relation exists, beyond those defined by Chomsky's framework. Its generalization of binding extends the theory so that it can solve various conceptual and empirical problems that it originally raised, and provides a unified explanation of seemingly unrelated phenomena in a host of constructions and languages. The book is also able to dispense with the Empty Category Principle which has been a major focus within G-B theory. It proposes instead a structural unification of the notions of pronouns, empty categories, and anaphors which leads to new insights in areas never treated in a coherent way before. 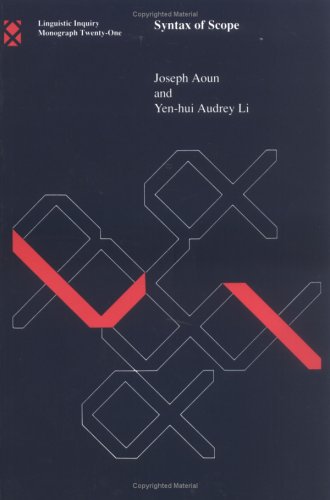 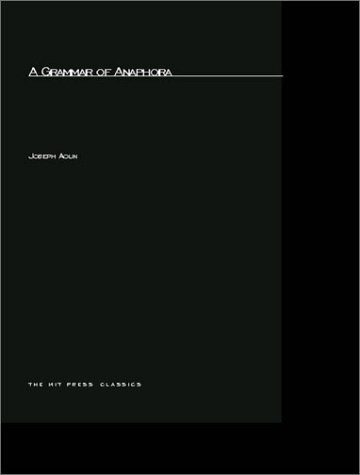