Other photo of Sylvan Hugh Meyer

( Written by a surviving prostate cancer patient and his ...)

Written by a surviving prostate cancer patient and his urologist, Prostate Cancer: Making Survival Decisions provides not just a physician's overview of the disease, but the compassion, understanding, and frankness of a man who's lived through the experience. From the first symptoms to early diagnosis to life after treatment, journalist Sylvan Meyer details every facet of the disease from the patient's point of view. Along with a clear, complete guide to the latest treatments, techniques, and findings, Meyer outlines the tough decisions the patient will face; describes what it's like to go through all the tests, the treatment, and the recovery; and provides an understanding of how the patient himself can affect the outcome. Thoroughly researched and imbued with great sensitivity, Prostate Cancer: Making Survival Decisions is the most informative and illuminating book about prostate cancer available. Not just an indispensable tool for those who have been diagnosed or are at risk, this is an important guide for anyone who seeks a better understanding of this enigmatic disease and the controversies surrounding it. 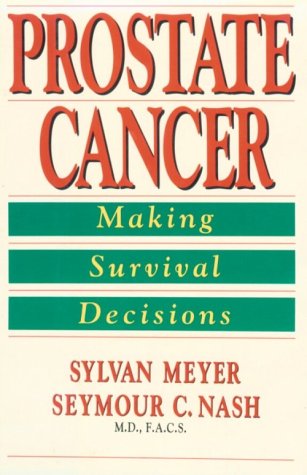