Water from the Moon

(Poems extracted from the author's award winning book of n...)

Writing the Wind: A Celtic Resurgence

(In this long overdue collection of contemporary Celtic la...)

(The product of an American poet's pilgrimage to Wales and...)

The product of an American poet's pilgrimage to Wales and written from Laugharne and the Dylan Thomas Boat House in the summers of 1993 and 1995, these are poems that reflect both a place in the Welsh landscape and, in a certain sense, a literary tradition from the perspective of one of America's brightest voices of the 60's generation.

Zoro's Field: My Life in the Appalachian Woods

(After a long absence from his native southern Appalachian...)

After a long absence from his native southern Appalachians, Thomas Rain Crowe returned to live alone deep in the North Carolina woods. This is Crowe’s chronicle of that time when, for four years, he survived by his own hand without electricity, plumbing, modern-day transportation, or regular income. It is a Walden for today, paced to nature’s rhythms and cycles and filled with a wisdom one gains only through the pursuit of a consciously simple, spiritual, environmentally responsible life.

(Perhaps Crowe's most mature and interesting collection to...)

Perhaps Crowe's most mature and interesting collection to date. Drawing on all his lyric abilities and world travels to give us a slightly surreal look into the essences of life in the late 20th century.

(Rare Birds is a collection of conversations with world-cl...)

Rare Birds is a collection of conversations with world-class jazz musicians and classical composers, featuring luminaries Philip Glass, Charles Lloyd, Abdullah Ibrahim, Steve Reich, Eugene Friesen, and Sathima Bea Benjamin. These in-depth, candid interviews focus not only on the music but also on the artists. The six interviews, conducted by poet and author Thomas Rain Crowe and musician Nan Watkins, delve into the creative process, individual as well as global perspectives on the arts, the human condition, and various personal issues that are addressed in the music itself. These cutting-edge artists have singular ideas about what it means to be a composer and musician. An important addition to the documentation of modern jazz musicians and composers, Rare Birds will appeal to anyone who is interested in jazz music or the contemporary classical canon.

Thomas Rain Crowe was born on August 23, 1949 in Chicago, Illinois, United States to the family of Norman Dawson and Marilyn King. 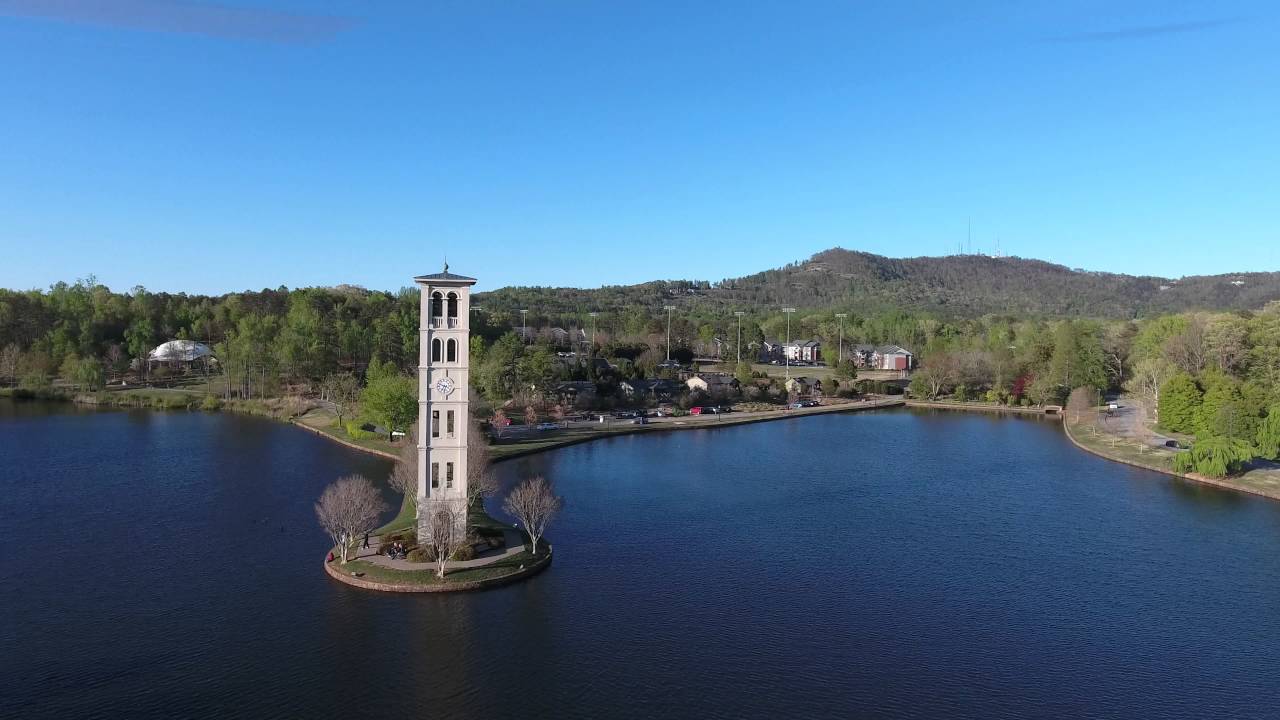 Thomas Rain Crowe spent the 1970s living abroad in France and then returning to the United States to become editor of Beatitude magazine and press in San Francisco and one of the “Baby Beats” and where he was co-founder and Director of the San Francisco International Poetry Festival. In the 1980s, after returning to his boyhood home in North Carolina, he was a founding editor of Katuah Journal: A Bioregional Journal of the Southern Appalachians and founded New Native Press while living in Polk, Yancey, Madison and Jackson counties. In 1994 he founded Fern Hill Records (a recording label devoted exclusively to the collaboration of poetry and music). Almost immediately, he formed his spoken-word and music band Thomas Rain Crowe & The Boatrockers - who have performed widely and produced two CDs that have garnered acclaim by the likes of Pete Townshend of The Who and Joy Harjo.

As an environmental activist since 1979 he has worked with and/or helped to found such organizations as The Canary Coalition, AMUSE (Artists & Musicians United for a Safe Environment), The Project to Protect Native American Sacred Sites in the Southern Appalachians, the Western Carolina Alliance, The Southern Biodiversity Project (Wild South) and the Environmental Leadership Council for Western North Carolina (Warren-Wilson College). He has written articles, editorials and news stories for such regional publications as Green Line, Wild Mountain Times, Mountain Xpress and The New Southerner. Since 1984 he has lived in Jackson County, and since 1993 in the Little Canada community in Tuckasegee of Jackson County in the Smoky Mountains of North Carolina, where he continues to write features and columns on culture, community and the environment for the Smoky Mountain News. His literary archives have been purchased by and are collected at the Duke University Special Collections Library in Durham, North Carolina.

He currently resides in the Tuckasegee community of Jackson County in the Great Smoky Mountains of North Carolina, where he writes features and columns on culture, community and the environment for the Smoky Mountain News. His literary archives have been purchased by and are collected at the Duke University Special Collections Library in Durham, North Carolina. 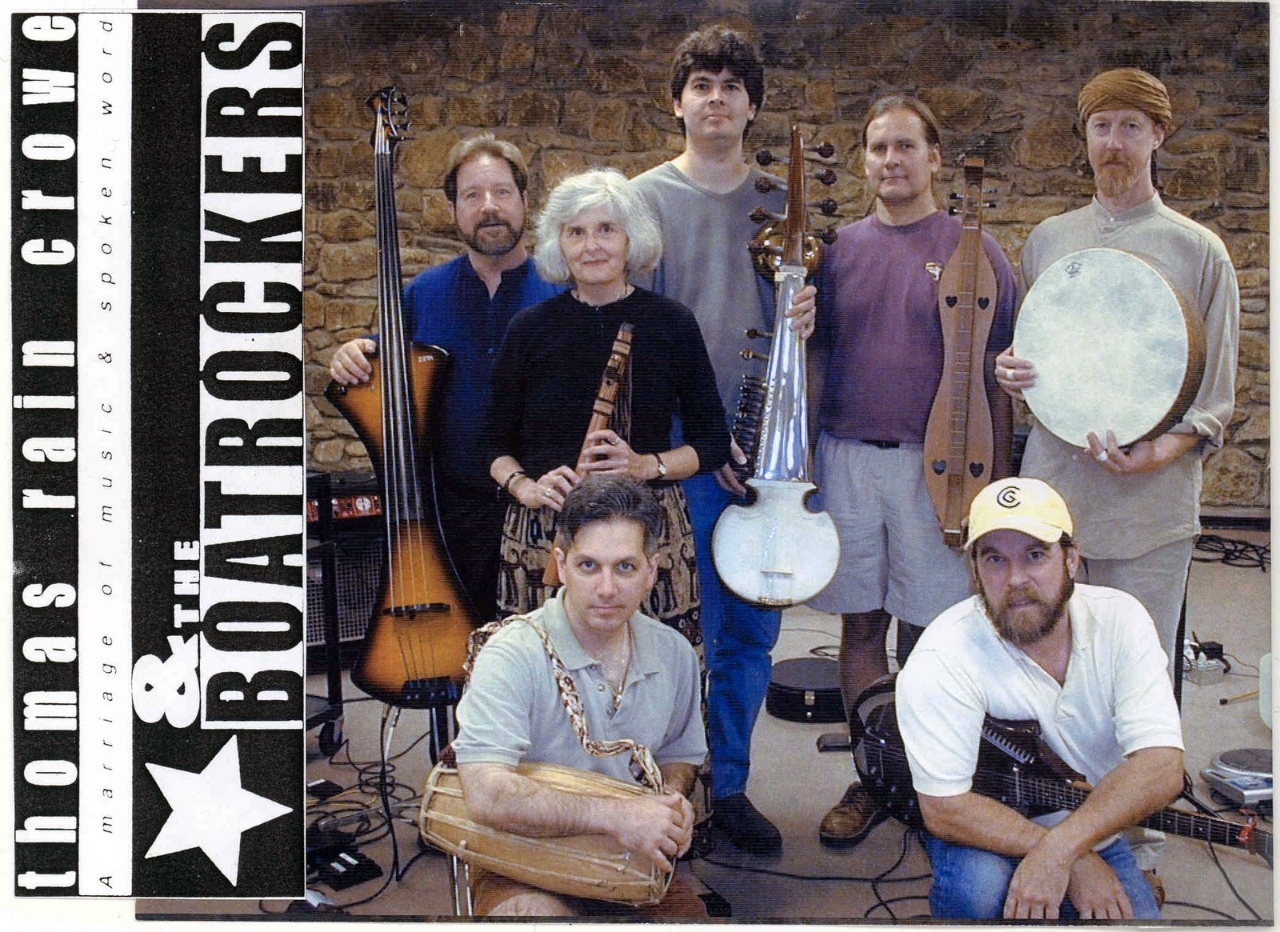 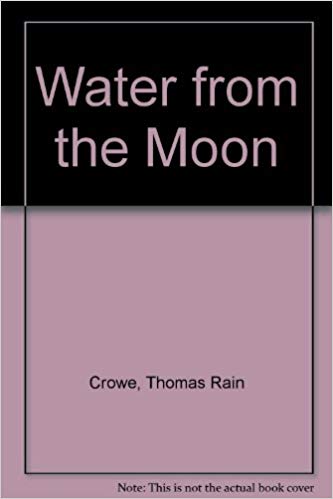 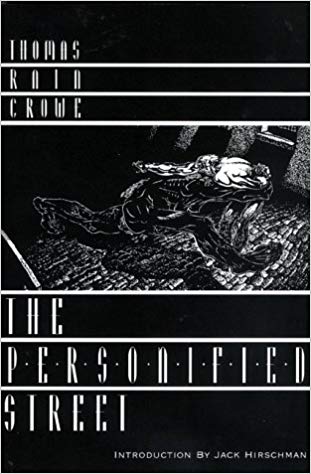 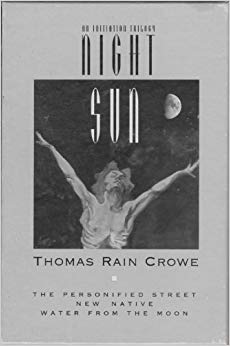 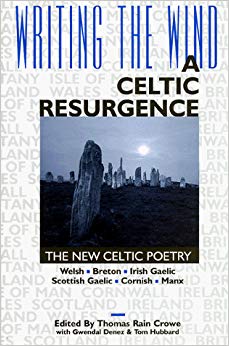 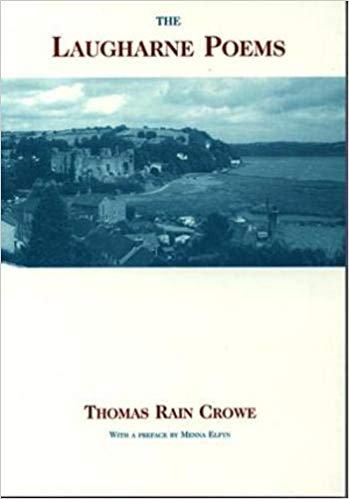 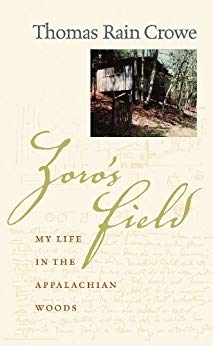 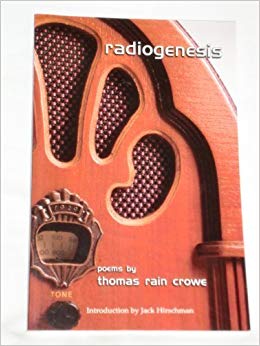 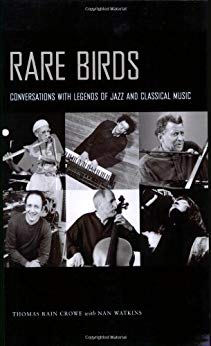 Quotations: "From the early influence of my mother’s singing, storytelling, and reading to me at night, I began reading and then writing at an early age. Writing (primarily verse) became and remained a staple, for I grew up in rural western North Carolina where radio and television were inaccessible. By the time I reached high school age, I had already won forensics contests."

Thomas Rain Crowe is not married but he has a companion Nan Watkins. He has a son Christopher.