Virginia Apgar (1909-1974) Dr. Apgar was an American physician and a specialist in diagnosing anesthesia. She is best known for the invention of the Apgar test which helps in learning the overall health of a newborn.

Virginia Apgar (1909-1974) Dr. Apgar was an American physician and a specialist in diagnosing anesthesia. She is best known for the invention of the Apgar test which helps in learning the overall health of a newborn.

is my baby all right

(Explains the causes and treatment of a variety of common ...)

Virginia Apgar was an American physician, anesthesiologist, and medical researcher who developed the Apgar Score System, a method of evaluating an infant shortly after birth to assess its well-being and to determine if any immediate medical intervention is required.

Virginia Apgar was born on 7 June 1909 in Westfield, New Jersey. Her childhood home contained a basement laboratory, where her father pursued scientific experiments with electricity and radio waves and built a telescope. Perhaps due to this atmosphere of curiosity and inquiry, Apgar set her sights on a scientific career in the field of medicine

After graduating from high school, Virginia Apgar entered Mount Holyoke College with the intention of becoming a doctor. Although she received scholarships that helped to pay for her tuition, she still had to take a number of jobs to support herself through college. Despite the extra work, she graduated with a bachelor's degree in 1929.

Apgar's financial situation did not improve when she enrolled at the College of Physicians and Surgeons at Columbia University in New York City the following September.

A month later, the stock market crashed, signaling the beginning of the decade of economic turmoil known as the Great Depression. Determined to stay in school, Apgar borrowed money in order to complete her course work. She emerged in 1933 with a medical degree and a fourth-place rank in her graduating class, but also with the burden of a large financial debt.

After finishing her internship at Columbia in 1935, Apgar began a two-year residency program in anesthesiology, during which time she studied not only at Columbia, but also at the University of Wisconsin in Madison and Bellevue Hospital in New York.

In her sixties, she began a course of study in genetics at Johns Hopkins University. 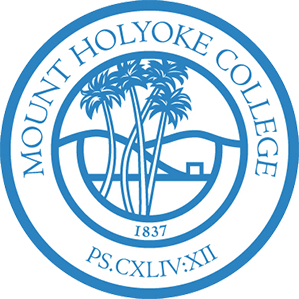 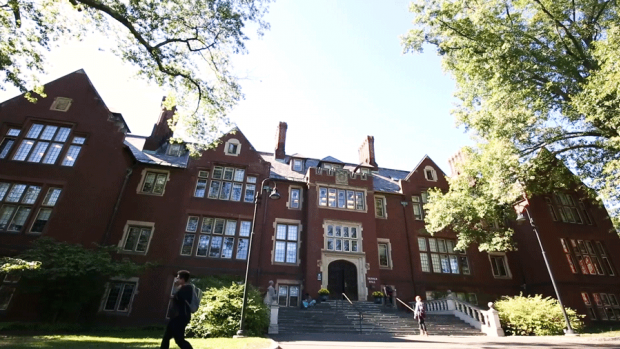 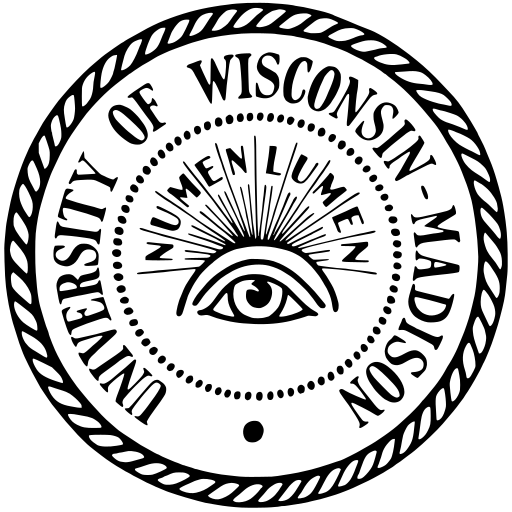 Apgar's high marks earned her a much sought-after internship in surgery at Columbia, but during this period of training Virginia began to consider how she could best support herself in the medical profession. She saw that even male surgeons had trouble finding work in New York City, and as a woman in what was then a male-dominated profession, she realized that her chances of success were even slimmer. She felt that she was more likely to be successful in the field of anesthesia.

Traditionally, nurses had been responsible for administering anesthesia, but at that time greater emphasis was being to be placed on the importance of anesthetics. Doctors had begun entering the field in the hopes of making breakthroughs that would allow for improved surgery techniques. Women physicians, in particular, were encouraged to pursue medical anesthesiology, perhaps because it was still considered a female realm.

Apgar's choice of career did allow her to realize her goal of securing a job. She was hired as director of the anesthesia division at Columbia University in 1938. Her new position, however, proved to be a challenging one. She was the only person in the anesthesia area, leaving her with a heavy workload. In addition, she struggled to get surgeons to recognize the anesthesiologist as a fellow doctor, not a subordinate, and she fought against the policy that prevented anesthesiologists from being allowed to charge standard doctor's fees.

Eventually, Apgar and her department began to receive more support and respect-she gradually increased the number of physicians in the division and won sufficient funding for the area and its employees in 1941, after hreatening to quit her post if the school refused her requests.

After World War II, anesthesiology began gaining more attention across the nation as an area of specialty and research, and Columbia University created a separate department of anesthesia for training physicians and conducting research. When the chair of the new department was selected in 1949, however, Apgar was passed over in favor of a male anesthesiologist. Instead, she was named a full professor in the department, making her the first woman to reach such a level at Columbia.

It was in this position as a teacher and researcher that Apgar would make her greatest contributions to medicine over the next decade. She began to focus her work in the area of anesthesia used during childbirth.

Apgar realized that the period immediately following birth was a critical time for many infants, however, babies were usually not evaluated carefully by doctors, who were often more concerned with the welfare of the mother. Because of this lack of an organized examination, many life-threatening conditions were not identified in infants. To provide a quick and efficient means of determining which babies required special care, she devised a five-part test that scored a child's heart rate, respiration, muscle tone, color, and reflexes.

The test, known as the Apgar Newborn Scoring System, was to be scored one minute after birth; the recommended timing of the test was later expanded to five and ten minutes as well. Although developed in 1949, a description of the system was not published until 1953. It eventually became a world-wide standard among physicians.

A study by Apgar involving a dozen hospitals and more than 17, 000 infants evaluated by the Apgar score proved that the testing method was a predictable indicator of a child's survival and rate of development.

Another victory for infant health was won with Apgar's research into the effects of anesthesia given to mothers during childbirth. Collaborating with pediatrician L. Stanley James and anesthesiologist Duncan Holaday, Apgar monitored the blood levels, blood gases, and pH levels of newborns whose mother received anesthesia during labor. These measurements, combined with the application of the Apgar score system, were designed to indicate to doctors what kinds of problems-such as a low oxygen level or a pH imbalance in the blood-needed to be addressed if a baby was doing poorly.

To take such measurements and facilitate treatments, Apgar became the first person to place a catheter in the umbilical artery, now a standard practice in neonatal care. In the course of her research, Apgar found that the anesthesia cyclopropane had a noticeable negative effect on a baby's overall condition. Immediately ceasing her use of the gas for mothers in labor, other doctors across the country quickly followed suit after Apgar published her findings.

After a more than twenty-year career at Columbia, Apgar left her post as professor to earn a master of public health degree at Johns Hopkins University. Her new career took her to the March of Dimes organization in 1959, where she was hired as the head of the division on congenital birth defects. In 1969, she became the head of the March of Dimes research program. During her three-year stint in this role she changed the foundation's emphasis from the prevention of the crippling disease polio to a concentrated effort to prevent birth defects.

In an effort to educate the public about the topic, she gave many lectures and cowrote a book titled "Is My Baby All Right?" in 1972. Apgar left her research position in 1973 to become vice president for medical affairs and a fund-raiser. She was a great success in both roles, increasing donations to the charity and channeling the new money into research on birth defects, resulting in better prevention and treatment of many conditions.

At the same time, she held a research fellowship at Johns Hopkins University and a position as clinical professor at Cornell University, where she became the first U. S. medical professor to specialize in birth defects.

During her lifetime, Apgar made significant contributions to science not only in the laboratory, but also in the classroom. She instructed hundreds of doctors and left a lasting mark on the field of neonatal care.

She also served the National Foundation as Director of Basic Medical Research (1967-1968) and Vice-President for Medical Affairs (1971-1974). Her concerns for the welfare of children and families were combined with her talent for teaching in the 1972 book, "Is My Baby All Right?", written with Joan Beck. Apgar was also a lecturer (1965-1971) and then clinical professor (1971-1974) of pediatrics at Cornell University School of Medicine, where she taught teratology (the study of birth defects). She was the first to hold a faculty position in this new area of pediatrics. In 1973, she was appointed lecturer in medical genetics at the Johns Hopkins School of Public Health.

On August 7, 1974, Apgar died in New York City at the age of 65. The modern fields of anesthesiology and neonatal care are greatly indebted to her pioneering work. 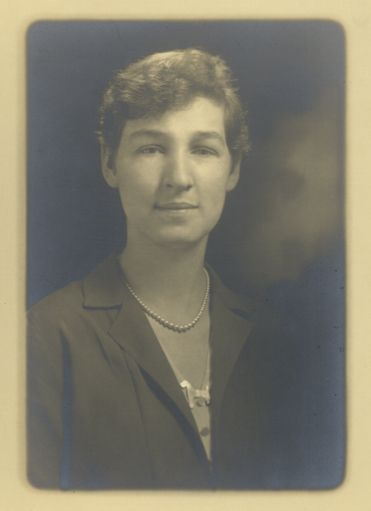 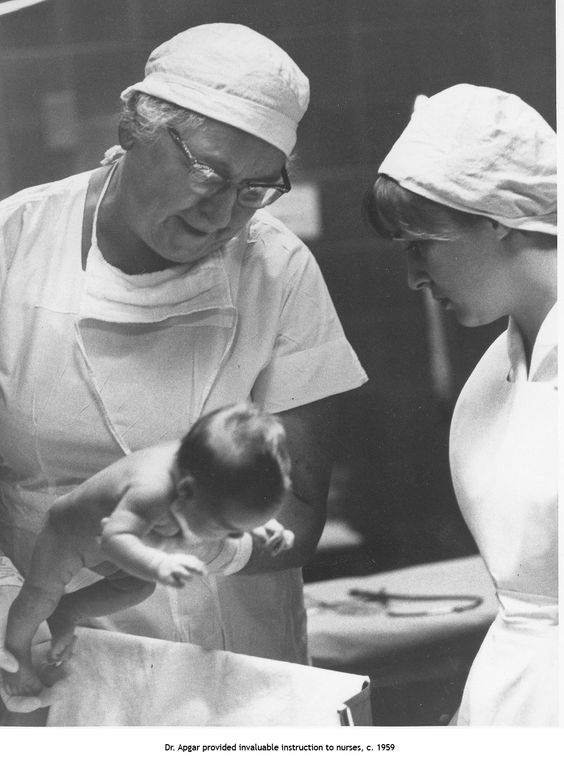 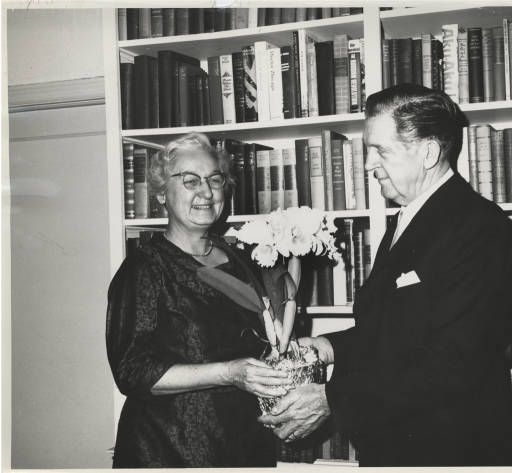 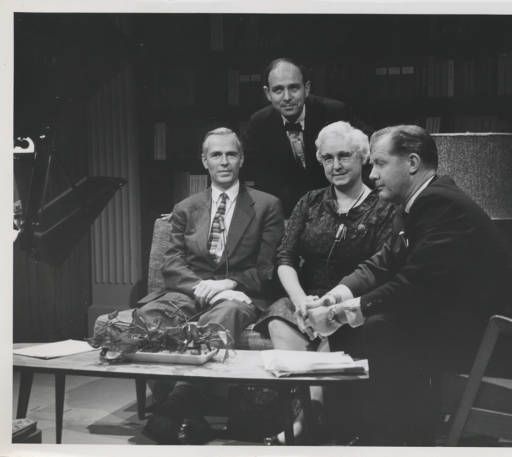 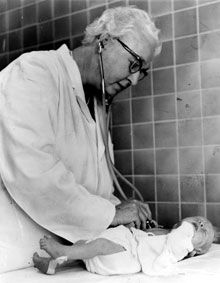 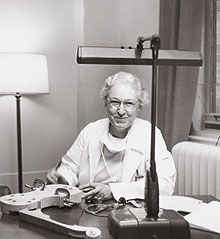 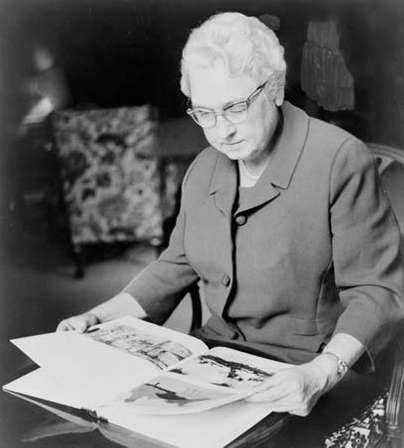 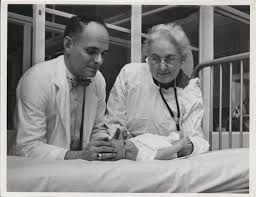 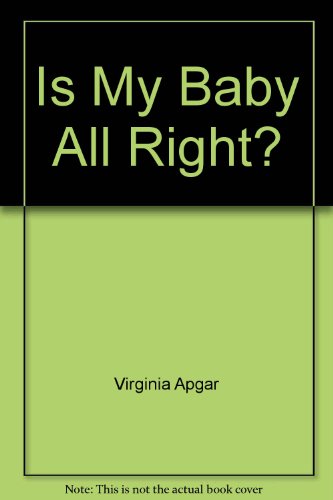 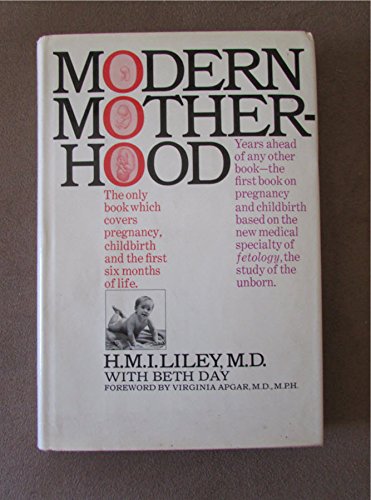 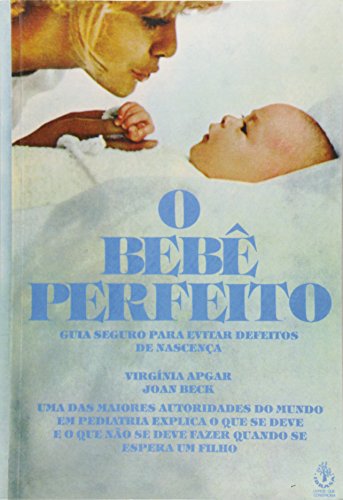 Apgar brought her legendary energy and "people skills" to her job. She traveled thousands of miles each year to speak to widely varied audiences about the importance of early detection of birth defects and the need for more research in this area. She proved an excellent ambassador for the National Foundation, and the annual income of that organization more than doubled during her tenure.

Ever the pioneer, she switched to an underappreciated area often delegated to nurses, anesthesiology. She found academic success, helping improve and develop the practice into an acknowledged medical specialty by the mid-1940s. Apgar became her alma mater's first female full professor in 1949, researching the uses and effects of anesthesia during childbirth.

She was an overachiever - As a student in New Jersey during the early 20th century, Virginia rarely sat still. She participated on no less than seven different sports teams, performed in school productions and was a regular contributor to her school’s newspaper. Virginia Apgar was remembered as an honest and encouraging teacher who inspired numerous doctors in their medical practice and research. She was unrelenting in her pursuit of knowledge.