Other photo of Walentin Chorell

Other photo of Walentin Chorell

Walentin Chorell was a Finn writer and actor. Chorell wrote several dozen novels and a handful of plays that appealed to both the Swedish-speaking minority and the majority Finnish-speaking populace of Finland.

Chorell had a master's degree in philosophy.

Walentin Chorell wrote several dozen novels and a handful of plays that appealed to both the Swedish-speaking minority and the majority Finnish-speaking populace of Finland. Many of his works, which he wrote in Swedish, have been translated into Finnish and other languages. It is not surprising that with a master's degree in psychology Chorell chose to focus on the psychological aspects of his characters. Although he earned a living largely from his writings, Chorell also taught psychology at a Swedish-language school in Helsinki.

Chorell made his literary debut with two books of poems, Vinet och lageln and Spegling. According to George Schoolfield in Five Modern Scandinavian Plays, these poems were largely composites of other poets’ styles, except for “a handful of lyrics” in which “something fresh is to be found.” Even so, Chorell soon turned to writing the novels and plays (stage and radio) that make up the bulk of his oeuvre, debuting with the detective story Lektion for doden in 1947.

Overall, Chorell’s novels are realistic depictions of characters - many of whom are the marginalized - who suffer and fail to overcome the odds against them. In keeping with the dark ambiance, Chorell set a number of his stories in the seedy section of the port of Turku in southwestern Finland, though others take place in Helsinki. His characters, though kind and well-meaning, find themselves in difficult straits. “The characters in Chorell’s unusually large gallery may look alike,” commented Schoolfield, “but the careful reader will see that they are different enough from one another to be memorable as separate entities.”

Many of the novels Chorell composed during the 1940s, such as Jorgen Hemmelinks stora augusti, Calibans dag, Blindtrappen, and Intim journal, are psychological studies of suffering characters who fail. In Jorgen Hemmelinks stora augusti, a man whose life has been shattered by a sexual episode tries to regain his life. Set in a single day, Calibans dag recounts the last day in the life of a restaurant owner. Blindtrappen tells the stories of several trapped individuals: a blind man who is saved by love, the former mistress of a Nazi officer who is trapped in a sadistic love life with a new lover, and an older married couple who reconcile their differences as they age. Intim journal recounts the story of a young man who has been raised by his older sister with an affection that smothers him.

Chorell’s next novels featured somewhat less serious themes and are lighter, more hopeful in tone. In Strav gryning a released convict finds re-entry into society. The novels Miriam, Framlingen, and Kvinnan form a trilogy featuring the heroine Miriam, an orphan raised by her aunt who as a young woman must fend for herself. Schoolfield placed Miriam “into that long line of women who, particularly in Scandinavian literature, have decided to stand on their own feet.” In his article on the post-war novel of Swedish Finland published in Scandinavian Studies, Schoolfield analyzed Chorcll’s style. “An interest in the preservation of both his publics, Swedish and Finnish... may restrain him from a venture into the treacherous boundary lands of cultural hostilities. Besides, Chorell’s peculiar type of realism, representing, as it were, a transitional stage between the ‘internally psychological’ concerns of late modernism and the broad neo-realism of Swedish Finland’s young men, does not allow him to deal too heavily in specifics.” “Chorell never grows very detailed,” Schoolfield added. “His language is colorlessly normal Swedish, and especially in his earlier works one sees traces both of the popular diary form (Intim journal) and the psychological case history.”

During the sixties, Chorell penned the novels Stolden, De barmhartiga, Grodan, Saltkaret, and Agnet och lumpsamlaren. Stolden details the repercussions of steal-ing a wallet, while De barmhartiga tells of the problems an alcoholic man causes for his adopted family. In Saltkaret a man who is losing his sanity plays a joke with tragic effects on the church that is being built across from his apartment. The main character of Grodan is a girl with a deformity who takes advantage of the childless couple that befriends her. In Agnet och lumpsamlaren and its sequel Sista leken, which appeared in 1970, a junk dealer tries to solve the difficult marital problems of a couple he meets on his travels.

Chorell’s realist psychological novels were popular, enough so that he was able to make a living as a writer. In Books from Finland, Thomas Warburton remarked on the fact that although Chorell was a trained psychologist, he did not adhere to a particular school of psychoanalysis. Furthermore, in his writing Chorell “offers very little social indignation and very few political implications. By sticking so closely to his psychological guns he struck an individual path in his work, and, inevitably, called down criticism from a more socially-minded younger generation.” “Viewed as a whole, Walentin Chorell’s work in the sixties has reached a mature balance while retaining all the vigor which from the very start gave it a prominent place in Finland’s literature,” concluded Warburton.

From early in his career, Chorell wrote plays, both for the stage and the radio. His first radio drama, which dated from 1946, led to his writing more than 25 others, which, though written in Swedish, were also broadcast in Finnish translation. Chorell used several of his novels as springboards for plays, including Stolden and De barmhartiga, which transmuted to the stage as Nassloma. Many of these radio works also deal with the theme of loneliness. In Schoolfield's view, some of these plays constitute the author’s darkest work, while others, such as Dockhandlaren och den skona Lilith and Den lioga damen solver, lack plausibility because the

characters’ redemption comes about too quickly. “The fault of Chorell’s plays for the mass media (and perhaps of such plays as a whole) is that they are better at creating moods than at presenting arguments or analyses,” Schoolfield remarked.

For the stage, Chorell’s dramas Madame, Vandrings- man, Systrarna, and Kattorna were also published in book form. Madame revolves around an aging actress who finds that as she is dying, she cannot be her true self because she has acted so many roles, she no longer knows who she really is. Vandringsman tells how the suicide of a rejected lover haunts a young woman’s life. Several of the stage dramas deal with outsiders. In Systrarna (Sisters), the winning script in a Scandinavian play competition, two middle-class sisters savagely hurt each other as they try to escape their isolated milieu through marriage. Likewise, Kattorna (Cats) portrays how women workers at a factory cruelly reject their too-different leader. Referring to Madame and Cats, a London Times reviewer asserted, “Chorell’s strong hand was female psychology.” In the unpublished Graset, wartime survivors, a mother, and daughter, face tragedy when unbeknownst to the daughter, she falls in love with her supposedly dead brother.

During the 1970s, Chorell continued to publish a steady stream of novels, including the trilogy Aggskalet, Knap-pen, and Livstrycket, which focuses on the relationship between a young man and woman from different social strata of society in Helsinki. In 1977, Chorell returned to the detective genre with Pizzamordet, in which a blinded man turns his disability into an asset. 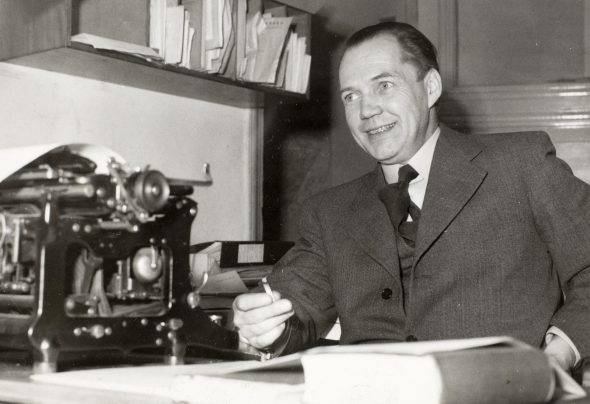 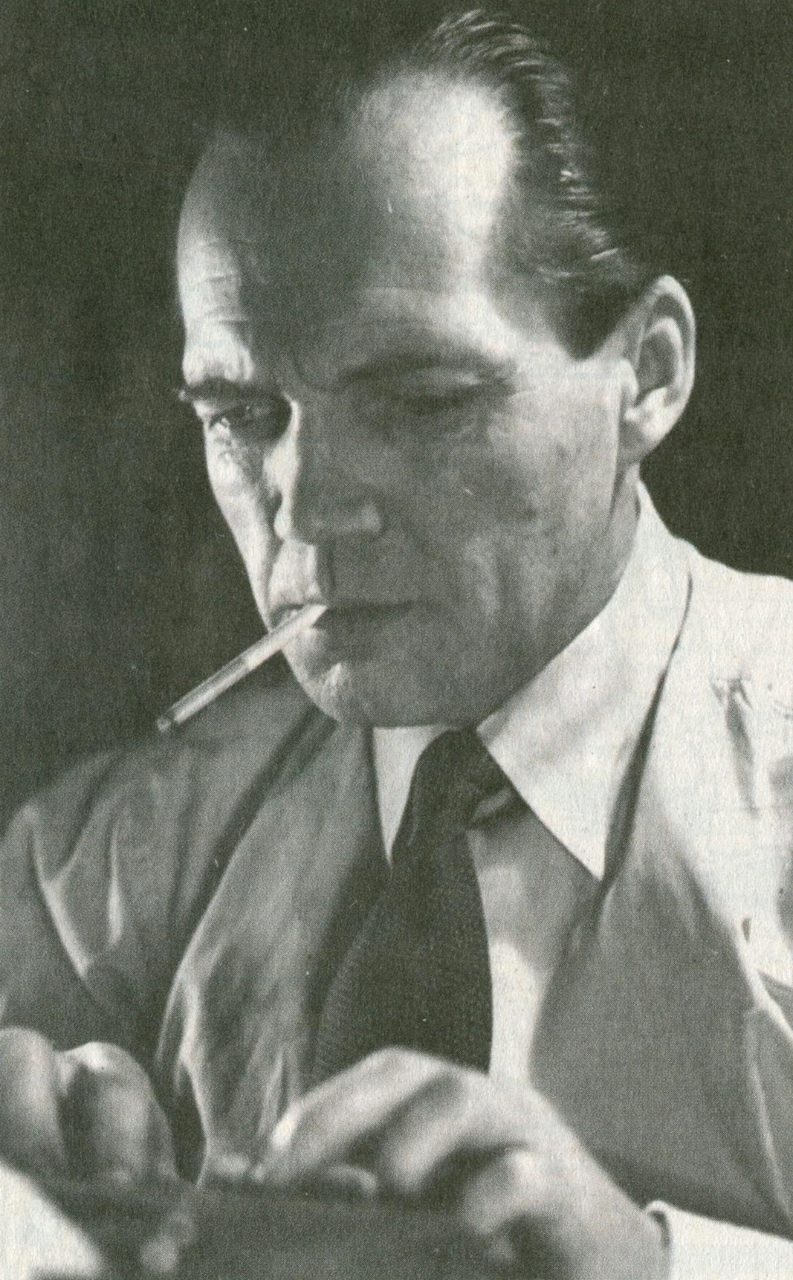 Chorell was married to Ethel os Bremer. They had a daughter, named Eva-Cecilia.